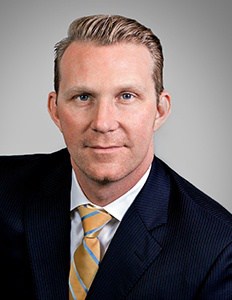 Aaron Salomon is a Partner at the Pines Salomon Injury Lawyers, APC. and has been with the firm since 2005. Aaron specializes in litigating all aspects of personal injury and automobile accident cases.  Aaron attended Louisiana State University in Baton Rouge on a full academic scholarship and graduated in the top of his class from California Western School of Law in 2005. Aaron loves the courtroom and follows a long line of trial lawyers in his family which include his father, uncle and grandfather. Over the years, Aaron has helped our clients recover millions in settlements and awards. Aaron is dedicated to achieving justice for all of our clients no matter the size of the case. Some of Aaron's recent victories include a 2.3 million dollar settlement in a heavily disputed spine surgery case, a 1 million dollar settlement for a wrongful death claim, a 1.5 million dollar settlement for a pellet gun injury where the injured child's claim was initially denied and a $345,000.00 arbitration award where the insurance company only offered $10,000.00. When not working, Aaron enjoys spending his time with his wife and children.  If Aaron is not surfing, you will probably find him cooking and rooting on the LSU Tigers and New Orleans Saints. Aaron is licensed to practice law in the State of California in both state and federal courts. Aaron is also a member of American Association for Justice, Consumer Attorneys of San Diego, Consumer Attorneys of Los Angeles, and the Consumer Attorneys of California.