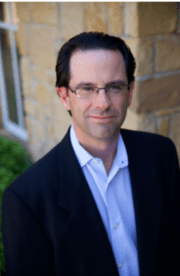 Anthony Bruster is the founding member of Bruster PLLC.

During his ten years of full-time practice, Anthony won numerous jury verdicts, and helped his clients negotiate and enter licensing and settlement agreements both inside and outside the context of litigation. Among other accomplishments, Anthony served as co-lead trial counsel for DataTreasury Corporation in its voluminous national and international patent enforcement campaign, which was widely reported in the media and garnered attention throughout the patent law community. It was widely reported that the DataTreasury litigation campaign resulted in more than $400 million in licensing proceeds. Anthony was named a "Rising Star" by Thompson/Reuters in 2006, 2008, 2010, 2011, and 2012.

After more than ten years of maintaining a full-time litigation practice, Anthony resigned his partnership position at Nix, Patterson & Roach in December 2012 and left the full-time practice of law to focus his efforts on international mission work, with an emphasis on orphan care and Christian education in developing countries. Anthony returned to the practice of law in 2015, while maintaining an active involvement in advancing international education through his involvement with Edify (www.edify.org) along with managing several other private businesses.