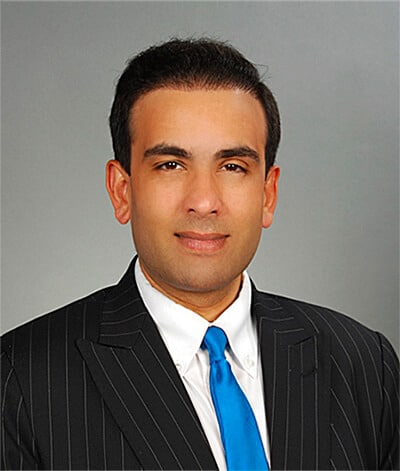 As a student practitioner at Loyola, he assisted in the representation of several indigent defendants in Orleans Parish, which including writing several preliminary motions and helping attain the release of a defendant wrongfully charged with first degree murder. During his final summer in law school, he interned for Judge Robert Pitre, of Jefferson Parish. There, he prepared memorandums of law regarding Post-Conviction Relief Applications.

Mr. Ranshi began his legal career as a staff attorney to Orleans Parish Criminal Court Judge Darryl A. Derbigny, where he reviewed all criminal pleadings, while advising the Court on substantive criminal law, evidence, and procedure. One of his most memorable highlights inlcude assisting the Court in reversing a defendant's wrongful Second Degree Murder Conviction. The Louisiana Supreme Court affirmed the Court's ruling. Mr. Ranshi also drafted the Court's jury instructions and rulings, while assuring compliance with the Courts of Appeal and Supreme Court. In collaboration with his counterparts, he took part in rewriting Orleans Criminal Court's expungement procedure. Mr. Ranshi observed countless criminal jury trials and hearings, preparing him to be an effective trial lawyer.

One of the largest criminal defense firms in New Orlean recruited Mr. Ranshi to join its team as a trial and appeals attorney. While there, he won several writs in the appeals courts and in the Louisiana Supreme Court. He negotiated numerous plea deals, which spared his clients lengthy prison sentences. Additionally, he filed several expungements that were successfully granted.

Barry S. Ranshi has the experience you need in a criminal defense attorney; He understands the perspective as a prosecutor, judicial attorney, and now as a defense attorney. He has trial experience, with a specific understanding of the jury selection process, examining witnesses, and introducing evidence. Mr. Ranshi handles cases in St. Tammany, Jefferson, Orleans, Lafourche, Terrebonne, Tangipahoa, St. Charles, and St. Bernard Parishes.