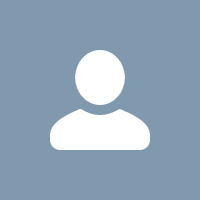 Brian grew up in West Monroe, Louisiana, the son of an electrician and a phone company clerk. From his first job at age 14 as a bricklayer’s helper, Brian learned the value of hard work and the importance of doing things the right way. Brian worked his way through college at Louisiana Tech University, earning a degree in history with a minor in physics. Brian has played guitar since high school, and in his college days performed with several local bands. He earned his J.D. from Tulane University, where he graduated cum laude. Brian was elected to the Order of the Barristers at Tulane after winning the Senior Appellate Competition, a competition that involved several rounds of brief writing and oral argument, with the championship round held before the Louisiana Supreme Court. After law school, Brian clerked at the Louisiana Second Circuit Court of Appeal, working in the central staff handling criminal appeals, and later clerking for Judge William Norris. He followed that learning experience with three years as an assistant district attorney, where he handled everything from traffic tickets to first degree murder cases.

After that, Brian turned to private practice, and found his calling representing injured persons. He is devoted to fighting to make sure ordinary people get fair treatment from insurance companies and big corporations. Brian is licensed in all state and federal courts in Louisiana, as well as the US Court of Appeals for the Fifth Circuit and the United States Supreme Court. He has tried over 100 cases and considers it a privilege to stand up for his clients’ rights in any courtroom.