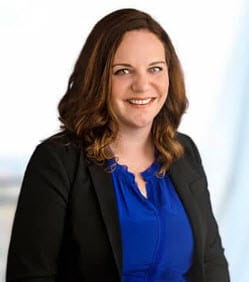 Carrie Fulton Brown, our Managing Attorney at Vindicate, is one of the best criminal defense attorneys in Western Washington. Her skill set is unlike most when it comes to trial advocacy. Of course, trial preparation and discovery are important, but those things can be taught. One element to a lawyer that is not always teachable is the talent and expertise that takes place in a courtroom during trial. Ms. Fulton-Brown’s natural instincts are addicting to watch during trial – juries pay attention, trust what she is saying, and she thrives under pressure.

“Criminal charges are high-stakes and emotional. Allegations have a devastating impact on the accused if not handled correctly.” says Ms. Fulton-Brown.  She believes that every client should have a complete understanding of their rights and as an attorney, she makes it her responsibility to provide all her clients with a road map to getting their life back.

After obtaining her Bachelor’s degree from the University of Washington, Ms. Fulton-Brown earned her Masters’ degree in Public Administration in 2007. In 2010, she went on to graduate from Seattle University with her Juris Doctorate. While in law school she was a contributor to the Journal for Social Justice. In addition to the many continuing legal education courses she attends regularly, Ms. Fulton-Brown completed the prestigious Trial College at the University of Virginia.

Ms. Fulton-Brown is a life-long resident of the Puget Sound area and has traveled extensively—to more than 35 countries in 5 continents. When not in court and not travelling, she enjoys cooking and loves spending time with her two dogs: Julep and Tundra.