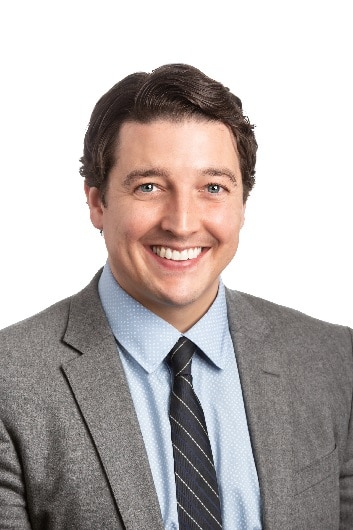 Christian Nickerson is a trial attorney at Greene Broillet & Wheeler, LLP with a widely varied practice specializing in employment litigation, business litigation, catastrophic personal injury, and wrongful death cases. He has successfully helped litigate and settle a wide range of cases for the firm. Christian has achieved over $153 million in jury verdicts and negotiated settlements on behalf of clients.

Christian is a two-time finalist for CAOC's Consumer Attorney of The Year Award. He was nominated as a finalist for the award in 2018 for his work on the Escamilla v. Durham School Services verdict and in 2014 for the Pedowitz vs. The Regents of the University of California settlement. Christian was named one of the Top 100 young lawyers in Southern California by Super Lawyers Magazine in 2018. He has also been recognized annually as a Southern California's 'Rising Star' by that same publication (2015-2018). Christian was a member of the trial team led by Partner Mark Quigley who won the 2015 Giant Slayer Award given by the San Francisco Recorder.

Christian attended Pepperdine University School of Law where he earned his J.D. and Certificate in Entrepreneurship and the Law from The Geoffrey H. Palmer Center. While at Pepperdine Law, Christian received the CALI and WITKIN Awards for exceptional achievement in Legal Research and Writing and Music Law.

Christian graduated Phi Beta Kappa and cum laude from the Schreyer Honors College at Penn State University, where he earned a Bachelor of Arts in English with minors in Economics and Business. Prior to joining Greene, Broillet & Wheeler, Christian worked at Nike as a legal department extern at Nike's World Headquarters in Beaverton, Oregon. He also worked as a Business and Legal Affairs intern with Mandalay Baseball Properties. Before law school, Christian interned with the Erie Otters of the Ontario Hockey League, the Philadelphia Flyers of the National Hockey League, and the New York Rangers at Madison Square Garden. An avid hockey player, Christian scored the game-winning goal in the 2003 Pennsylvania High School Hockey State Championship. He also received the prestigious Bob Johnson Memorial Award given by the Pittsburgh Penguins to the top academic high-school hockey player in Western Pennsylvania.