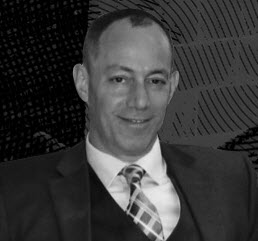 Chris Maher has been a lawyer since 1991. He opened his own law practice based in Cleveland Ohio in 2020 after parting ways with the renowned Sandusky firm, the Bailey Legal Group. His focus has been on criminal defense with an emphasis on the most serious and complex felony charges.

He has tried more than a hundred cases of various types over his career, recently obtaining Not Guilty verdicts in seven consecutive felony jury trials. At the time of his addition to the Bailey Legal Group, he had not lost a single count in a jury trial in several years. Mr. Maher has obtained full acquittals on a vast array of felony indictments, including Aggravated Murder, Rape, Aggravated Robbery, Felonious Assault, Attempted Murder, Gross Sexual Imposition, Aggravated Burglary, Firearms offenses, Drug Trafficking, and many more. He is an aggressive and creative litigator and is known for his vigorous advocacy on behalf of his clients.

He received his Bachelor of Arts degree from Miami University in Oxford, Ohio in 1988 and his Juris Doctor in 1991 from Capital University Law School in Columbus, Ohio where he served as editor-in-chief of the law school newspaper.

Mr. Maher began his career in Franklin County, Ohio as a lawyer for the Legal Aid Society of Columbus. He represented clients in a variety of civil matters with a specific emphasis on Domestic Relations.

In 1996, he was hired at the Cuyahoga County Public Defender Office where he developed a reputation as a relentless trial lawyer. While working in the Juvenile Division, Mr. Maher expanded the legal and constitutional rights of all juveniles accused of criminal conduct in Cuyahoga County through his advocacy in precedent-setting cases. At the trial level he won the first case in county history placing requirements on the State of Ohio to provide discovery to the defense in cases where the government seeks prosecution of a child as an adult. He went on to successfully argue and win the issue on appeal.1 He further obtained the first ruling in that county from a juvenile trial court permitting access to bail to an accused child during the pendency of transfer of jurisdiction proceedings.2 Mr. Maher also argued and won the first case ever in the county holding that a juvenile accused of criminal conduct cannot be tried unless competent to stand trial.3 The Ohio Legislature subsequently amended the Ohio Revised Code in reference to the competency statute to accord with this expansion of due process rights for juveniles.

The vast majority of his career, however, has been spent in the Felony Trial Division. In his capacity as Senior Attorney, he was responsible for the training and mentor-ship of newer lawyers while at the same time serving continuously as lead counsel on cases with the most severe consequences at stake.

Mr. Maher has spoken at Continuing Legal Education courses for fellow attorneys on a variety of topics, including search and seizure law as well as criminal justice reform. He has lectured at Cleveland Marshal College of Law on matters involving criminal procedure generally, and on the rights of individuals against exercises of governmental power.

Mr. Maher has the text of the Fourth Amendment to the United States Constitution tattooed on his right forearm. He has no hobbies.

All State Courts in the State of Ohio

·        State v. Cartwright Not Guilty on All Counts (Felonious Assault and Assault).

·        State v. Wilkerson Not Guilty Rape with prior and repeat violent offender specification

·        State v. Quintero Not Guilty of Unlawful Sexual Conduct with a Minor

·        State v. Swanson Not Guilty of Failure to Comply with Officer

·        State v. Ali Not Guilty of Weapons Under Disability

·        State v. Knox Dismissal during Jury Trial of Failure to Register and Tampering with Records

·        State v. Allen Not Guilty of Assault on Correction Officer

·        State v. Allen Not Guilty of Failure to Provide Notice of Change of Address as Sex Offender, Tampering with Records

·        State v. Springfield Not Guilty of Domestic Violence with Prior

·        State v. Neslon Not Guilty of Felonious Assault and Theft

·        State v. Larkin Not Guilty of Possession of Drugs and Trafficking in Drugs