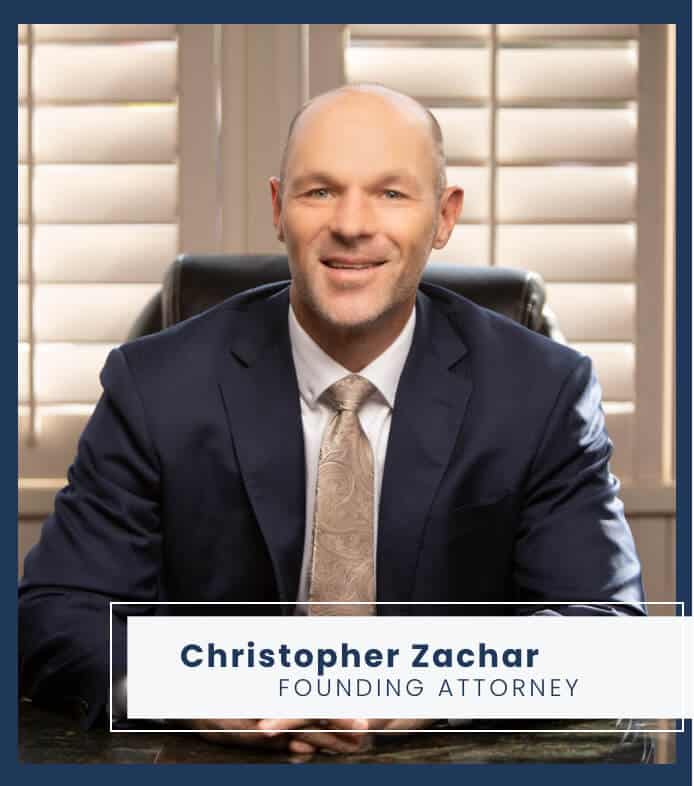 Chris is a personal injury trial lawyer who has practiced law in Arizona since 1992. He graduated from Arizona State University in Tempe in 1989 with a Bachelor of Science Degree in Political Science, and in 1992 from the University of Arizona College of Law in Tucson with his Juris Doctor Degree. He is admitted to practice law in all city, county and state courts in Arizona. In addition, Chris is admitted to practice law in the United States District Court, the Ninth Circuit Court of Appeals and the United States Supreme Court.

As an experienced litigator, Mr. Zachar has earned a respected reputation among peers and satisfied clients for obtaining favorable settlements and verdicts. Although most personal injury claims do settle out of court, our firm prepares diligently to take every case to trial, when necessary. We understand how important it is for you to speak directly with your attorney. We encourage direct e-mails and phone calls as part of the personal service we offer to injured people, and we do our best to return our calls the same day in the event we cannot talk to you immediately.

Chris, is a former member of the Board of Directors of Arizona Association for Justice and has achieved a lifetime member status in AzAJ. He is also a member of the American Association for Justice and the State Bar of Arizona. Chris has attended the Arizona College of Trial Advocacy, and attends many seminars and conferences each year to maintain his high standards of knowledge and excellence in the practice of law. Chris is a member of the National AIEG and the American Board of Trial Advocates. Christopher J. Zachar is proud to be included in the listing, of Southwest Super Lawyers, 2007-2019.