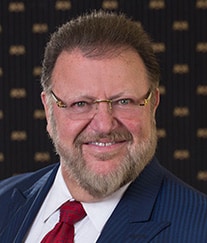 Mr. Curry is a civil trial lawyer and has had his own firm for most of his career. He has been recognized by Judges and his colleagues as one of the preeminent lawyers in his field receiving an “AV’ rating from Martindale Hubbell. He has an active Civil Trial Practice participating in civil trials involving Commercial, Personal Injury, Family Issues and General Business Litigation. In addition to his successful Law Practice he served as a Founding Director and General Counsel of Platinum Bank from 1997 through 2012.

Mr. Curry has served as President of the Brandon Chamber of Commerce. He was recognized as Brandon Small Business Man of the Year, The Honorary Mayor of Brandon, served on the Tampa Committee 100 Policy Board, received the Alice B. Thompkins Community Service Award, The Missing Children’s Help Center Volunteer of Year of Award, the Brandon Lions Service Award, and the Brandon Key Citizen Award which is given for long term and continuing service to the community. Most recently he was selected for The National Trial Lawyers Top 100 Civil Plaintiff Trial Lawyers. Mr. Curry is a proud member of the Brandon Bar Association.

Mr. Curry devotes substantial time to the community today and to the Foundation his family founded in honor of their son Trey, who passed away unexpectedly in 2008 at the age of twenty (20). The Trey Curry Foundation has successfully raised funds to assist children in need in the community and has recently agreed sponsor the Trey Curry home at A Kids Place Tampa Bay which houses foster children together as a family unit with their siblings. He was also a founding Trustee of the Brandon Community Foundation. He has been an officer or Board Member of many organizations of the years including the Boys and Girls Club, the Kiwanis Club of Brandon, the Brandon Outreach Center, Kiwanis Children’s Clinic, South Brandon Little League , Big Brothers Big Sisters, Missing Children’s Help Center, Roughriders, President’s Roundtable and Center Place. Mr. Curry has also supported many other charitable organizations in the area including March of Dimes, American Cancer Society, Easter Seal, University of South Florida Foundation for Psychiatry, YMCA and the Brandon Lions Club.

Mr. Curry is proud of his Masonic affiliation and his contributions to Shrine Hospitals for Children having served as General Counsel for the Egypt Shrine on a volunteer basis for over twenty-five (25) years. Mr. Curry also served as General Counsel for the Grand Lodge of Florida Masons and was named the outstanding Mason of Florida accepted the John P. Duval award for the Outstanding Florida Mason in 1997.

In addition to his involvement in the community, Mr. Curry has also been involved with the Florida State University Alumni and Seminole Boosters. He sponsored the Bobby Bowden Spring Golf Tournament in Hillsborough County for about twenty (20) years until Bowden’s retirement more than 5 years ago. He has served on the National Board of Directors for Seminole Boosters, a scholarship donor and a Golden Chief. Mr. Curry is also a member of the Florida State University President’s Club.

Mr. Curry has been involved in politics for the past thirty (30) years having served on many National and Statewide Campaigns. He was honored to serve as counsel for the Bush/Chaney Campaign in 2000 during the “hanging chad” controversy in Hillsborough County. He also served as Regional Counsel for Bush/Chaney in 2004. Mr. Curry has also supported of MacDill Air Force Base Mission for many years. He had the honor of serving as Inspector of the Blue Angels during his year as Brandon Chamber of Commerce President and has remained active in the base mission continuously throughout the years. He and his wife, Terry, recently welcomed over 275 members of the Coalition Forces to their home for a “American Barbeque”. Mr. Curry is a member of the Board of Directors of the Florida Justice Association and serves as a trustee of the FJA Political Action Committee for the past 3 years.