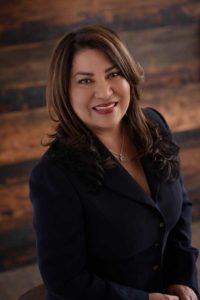 Connie J. Flores is a partner at Flores, Tawney, Acosta P.C, specializing in cases involving personal injury to include on the job injuries, premises liability, Dram Shop, nursing home and representing victims of sexual abuse in civil lawsuits. Her mission is to help injured people that have been treated unjustly by insurance companies. As a fluent Spanish speaker, Ms. Flores enjoys representing individuals who otherwise would not be able to effectively communicate their issue to an attorney.

Ms. Flores attended the University of Denver and graduated in 2003. She attended UNMSOL graduating in 2008. She was admitted to practice law in New Mexico in September 2008 and Texas in May 2009.

Ms. Flores, who became a teenage mother at the age of 15, has been asked on numerous occasions to be a keynote speaker at local area high schools addressing the issues surrounding teenage pregnancy, in an effort to encourage teenage parents to continue their education and attend college.