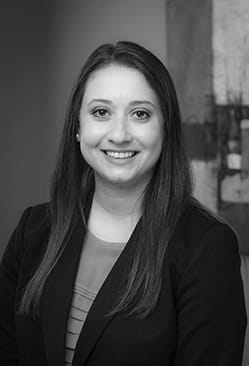 I knew after my first year of law school that I wanted to practice Criminal Law. During law school I interned at the Mecklenburg County Public Defender's Office and the Federal Public Defender's Office for the Eastern District of North Carolina, conducted about 100 hours of pro bono work for the Center for Death Penalty Litigation, wrote an appellate brief that was submitted to the Fourth Circuit Court of Appeals, and received a "book award" for the highest grade in Federal Criminal Defense Planning.

"We will forever be indebted to Danielle Feller for defending our son and vindicating him from false sexual misconduct accusations. Today the nightmare of him going to prison and the fear of losing an athletic scholarship that he worked so hard for are behind us thanks to Danielle. My son's future is bright and he can once again hold his head high. I highly recommend retaining her services if you need a passionate, smart, and knowledgeable attorney that's willing to FIGHT for you. We feel like her accomplishment is nothing short of a miracle as we were up against insurmountable odds. We believe that she's doing what she was created to do which is to defend the innocent. This has been a long, exhausting and scary ordeal with many sleepless nights, but the Patrick Law Group accomplished victory after victory from 'No criminal charges filed " to being found 'Not Responsible" at a Title IX/Code of Conduct hearing involving sexual misconduct. Danielle fought for our son like he was her own. We were so impressed with her level of dedication and work ethic. She burned the midnight oil and came out victorious. Had it not been for her expertise and passion to defend our son, he would have been broken with a future in shambles. Words simply can't express our deepest, heartfelt gratitude."
- Parent of a Title IX client

I represent clients who are facing a wide range of state and federal criminal charges, including traffic offenses, misdemeanor assault on a female, felony sex offenses, and federal drug trafficking. I also represent clients who are under Title IX investigations with their college or university. I have sat second chair in a federal drug conspiracy trial and assisted with a federal motion to suppress hearing. In addition to representing those accused of committing criminal offenses across the State of North Carolina, my practice is dedicated to legal research and writing for the firm's most complex state and federal issues. Here at Roberts Law Group we have the ability, intellect, and resources to research every issue, whether small or complex, for each case in order to zealously represent each client.