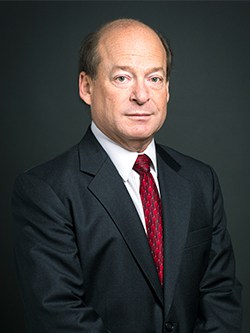 Meet Founder and Senior Partner, David A. Axelrod. Mr. Axelrod is one of Chicago’s foremost trial attorneys. He has extensive trial experience and is known for his comprehensive and meticulous preparation.

Mr. Axelrod has been recognized for his proven success by being named an Association of Trial Lawyers of America (now American Association of Justice) Top 100 Trial Lawyer, an Illinois Super Lawyer® and an Illinois Leading Lawyer. He represents clients in a variety of complex cases against major companies, who are represented by some of the largest law firms in the world.

Mr. Axelrod has won millions of dollars in verdicts and settlements in cases involving Medical Malpractice, Catastrophic Injury, Professional Negligence, ERISA, Fraud, Commercial Disputes, Copyright Infringement, and Equitable Relief. He has argued and tried cases in courts across the country.

United States Circuit Court of Appeals for the Seventh Circuit

Led the legal team that won a record $31.35 million verdict, including $25 million in punitive damages in Marston v. Walgreen Company

Collected $1.35 million from a national retail chain in a copyright infringement case