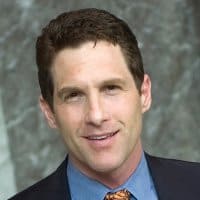 For almost two decades, Brandon Hornsby has dedicated his legal career to protecting the rights of people.

More than anything else, Hornsby is known for getting results.

Known as a "fearless advocate" and "champion of the underdog," Atlanta lawyer Brandon Hornsby has extensive experience representing the victims of serious personal injury, civil rights violations, and whistleblowers.

More than anything else, Hornsby is known for getting results.

Some of his career highlights include:

At the outset of his career, Hornsby served as a state and federal prosecutor. Hornsby quickly developed a reputation for excellence in the courtroom, particularly his examination of witnesses and his moving opening and closing arguments.

During his public service, in which Hornsby handled many of Atlanta's highest profile murder cases, he never lost a murder case. He also became the youngest attorney in Georgia history to be named Georgia's Assistant District Attorney of the Year.

Since entering private practice, Hornsby has developed a history of fighting for the rights of a wide range of clients, all of whom are united in their status as the underdog:

Profiled by the Atlanta Journal-Constitution, Hornsby has been described as a dedicated and tenacious advocate for victims whose courtroom skills make onlookers "want to cheer." Hornsby's trial work was described as "restoring faith" by the Clayton News Daily and "commendable" by the Albany Herald. When asked about the inspiring nature of his advocacy, a former client of Hornsby's explained: Brandon "gave me a hand up off my knees in a time of great spiritual doubt and allowed me to stand up for my rights and convictions."

Contact us today and let us know how we can help you achieve the justice you deserve.