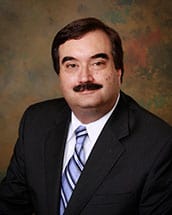 Born 1954. Mr. Kopstein graduated from the Georgetown University Law Center with the degree of Doctor of Jurisprudence in 1979. He was admitted to practice in Maryland, Virginia, and the District of Columbia. He is a Fellow of the National College of Advocacy.

In 2004, Mr. Kopstein was honored by Justice Stephen Breyer of the United States Supreme Court and the others for his participation in Trial Lawyers Care, an organization that provided free legal services to victims of the September 11th attacks. In 2007, 2010, and 2011, Mr. Kopstein was recognized by The Virginia Lawyers Weekly for having obtained one of the twenty largest verdicts in that state during each of those years.