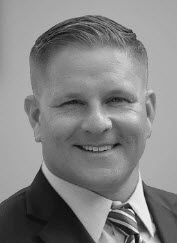 Personal injury and trial attorney David Shiner started out his practice right here in South Florida. Ever since Mr. Shiner became an attorney he has been helping people who were wronged throughout Florida. David Shiner has continued to build his law practice ever since he became licensed in 2002 after he graduated from Nova Southeastern School of Law located in South Florida.

David Shiner has dedicated his law practice to help individuals and businesses that were injured or wronged by others. On the personal injury side of the practice, Mr. Shiner leads a team of professionals who focus their daily activities on fighting for the rights of their clients. The firm focuses on representing people who were hurt or injured in car accidents, slip and falls, motorcycle accidents, and other types of cases where the injuries are a result of someone’s negligence or carelessness. In addition to representing people who were hurt or killed, Mr. Shiner has been defending and prosecuting commercial and business litigation from the day he became a lawyer. Currently, Mr. Shiner represents several business throughout South Florida that specifically need a skilled and aggressive lawyer to protect their interests; some of the types of cases Mr. Shiner has handled through trial include shareholder derivative claims, non-compete litigation, business tort claims, federal law violations, breach of contract, and other business litigation matters.

Mr. Shiner has achieved an AV Preeminent Rating, Martindale-Hubbell’s highest possible rating for both ethical standards and legal ability. Mr. Shiner is also currently the Chair of the Fifteenth Judicial Circuits Grievance Committee for the Florida Bar and has been a member of the committee since 2008 until his term ended. Mr. Shiner was recently recognized by his peers and named a Florida Rising Stars in Business Litigation for 2010 and is listed as a Super Lawyer in their online directory. In addition, Mr. Shiner has been honored with the position of General Counsel to the Palm Beach County Republican Party and was previously on the organization’s Board of Directors and has been a long-standing member and contributor to the Republican Jewish Coalition. Personal Injury lawyer David Shiner has also received the Recipient of the Boca’s Best Young Professionals Award.

During his spare time, Mr. Shiner enjoys fishing the waterways of Palm Beach County, playing golf in Boca Raton and West Palm Beach, collecting watches and, most importantly, spending time with his family. In 1999, trial attorney David Shiner received his undergraduate degree with a Bachelor of Arts in Political Science and a minor in Religious Studies from the University of South Florida, located in Tampa, Florida. Some of Palm Beach County attorney David Shiner’s other notable positions include being the Secretary for the South Palm Beach County Bar Associations Civil Practice Committee from 2003-2006, and serving as a member of the Palm Beach County Bar Association Quality of Life and Stress Management Committee from 2003 through 2006. Mr. Shiner has devoted his time to the Cystic Fibrosis Foundation, the Society for the Prevention of Cruelty to Animals (SPCA), and the Joshua House in Tampa, Florida.

Personal injury and commercial litigation lawyer David I. Shiner has been successfully representing victims for numerous years in all areas of personal injury, motor vehicle accident, and consumer class action litigations. Each case he has been involved with is fully analyzed and evaluated to determine how to move forward to fight for compensation for damages. Each case has unique circumstances and degree of injury and other damages that the client has suffered, and must be addressed with an aggressive and relentless approach. Regardless of the severity of the case, I will offer you the same amount of dedication, knowledge, and tenacity towards your goal.