The Law Offices of George A. Heym 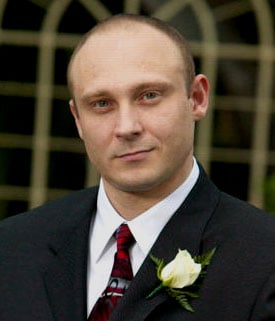 From May of 1998 through March of 1999, he was an Associate with the Law Firm of Goldberg, Persky, Jennings & White, P.C. While with that firm, George prepared class action complaints in various areas including intellectual property, product liability, civil RICO and various other state legal and equitable claims. He also argued various motions before Pennsylvania courts. Finally, he prepared and represented clients at deposition and deposed corporate representatives in toxic tort mass litigation.

In March of 1999, George joined the Office of the District Attorney of Allegheny County. After a brief stint in the Pre-Trial Unit, he was assigned to the Area Prosecution Unit for approximately 14 months. He advised law enforcement officers regarding investigation including proper search and seizure procedure. He also conducted preliminary hearings for all criminal charges before various District Justices within Allegheny County and determined whether criminal cases merited prosecution, alternative resolution or dismissal. During this time, George advised the police on, and handled preliminary hearings for, countless DUI cases. He also received training in the evaluation and prosecution of DUI cases.

George spent the next 3 years in the General Trial Unit. There, he prosecuted defendants charged with Criminal Homicide, Homicide By Vehicle, Aggravated Assault, various weapons violations, narcotics offenses, DUI and crimes against property. George represented the Commonwealth of Pennsylvania in hundreds of DUI cases during that time. He also received advanced training in the prosecution of DUI cases.

In February of 2003, George was promoted to the Child Abuse Unit. During his years in that unit, he was responsible for the prosecution of defendants charged with sexual and physical crimes against children and child pornography cases. While in the Child Abuse Unit, he also continued to prosecute Criminal Homicide and Homicide By Vehicle cases.

In August of 2005, he opened The Law Offices of George A. Heym. He now, primarily, provides representation to those who have been charged with Pittsburgh DUI, Allegheny County DUI, Armstrong County DUI, Beaver County DUI, Butler County DUI, Westmoreland County DUI and Washington County DUI. He puts his years of experience as a Pittsburgh DUI Prosecutor and as a Pittsburgh DUI Defense Lawyer to use on behalf of every person that he represents. George treats every case, and every client, with the same seriousness regardless of whether the person is facing probation or a long jail term. He also regularly attends DUI training seminars to ensure that he is up to date with the latest information on the defense of DUI cases.

Just because you have been charged with a DUI does not mean that there is no hope! It also does not mean that you don't deserve to have your questions answered or your phone calls returned promptly. At The Law Offices of Pittsburgh DUI Lawyer George A. Heym you will always be treated with respect. You shouldn't settle for anything less!