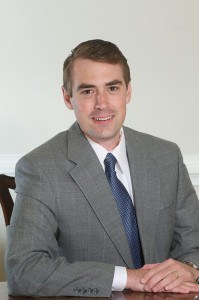 James is a skilled trial lawyer who handles only serious personal injury and wrongful death cases. Based on nominations from his peers, he has been honored with an "AV" rating by Martindale-Hubbell, the highest possible rating for attorneys for both legal ability and ethical standards. James has tried numerous personal injury cases to verdict and worked tirelessly to recover millions of dollars for his clients. He handles a wide variety of personal injury cases throughout the State of Georgia, including trucking/tractor-trailer wrecks, auto wrecks, motorcycle wrecks, bicycle wrecks, premises liability, slip/trip and falls, negligent security, apartment shootings/assaults, defective/dangerous products, wrongful death, spinal cord injuries and brain injuries. As a result of his success, James has been recognized as one of Georgia's best personal injury lawyers by numerous organizations and publications. He has been named to the Georgia Super Lawyers "Rising Stars" list every year since 2012 for Plaintiff's personal injury. This honor is bestowed on only 2.5% of lawyers in Georgia are selected for this honor. In addition, since 2013 Georgia Trend Magazine has selected James as one of Georgia's "Legal Elite." Other significant honors include being named to the "Top 40 Under 40" and "Top 100 Trial Lawyers" lists by The National Trial Lawyers organization in 2014, 2015, and 2016. Before co-founding Glass & Robson, James honed his skills as an associate with some of Georgia's best personal injury trial attorneys. Prior to dedicating himself to representing only plaintiffs, James worked for one of Georgia's largest insurance defense firms defending personal injury and wrongful death cases. His prior experience representing insurance companies and their clients in personal injury matters provides him a unique insight into how they evaluate and defend personal injury cases. James now uses that experience to his clients' advantage to maximize their recoveries. James was born and raised in Georgia and attended college at the University of Georgia in Athens where he was a double major and in the Honors Program. He graduated from UGA magna cum laude, with honors with dual degrees in History and Political Science. Following college, James attended Mercer University's Walter F. George School of Law in Macon, Georgia where he was a member of the Mercer Law Review and Moot Court Board. During law school, he interned with the Honorable C. Ashley Royal of the United States District Court for the Middle District of Georgia, and graduated cum laude with his Juris Doctor. As a member in good standing of the State Bar of Georgia, James is admitted to practice in all Georgia State and Superior Courts, the Georgia Court of Appeals, the Supreme Court of Georgia, the U.S. District Court for the Northern and Middle Districts of Georgia, the U.S. Court of Appeals for the Eleventh Circuit, and the United States Supreme Court. He is also an active member of the American Association for Justice and the Georgia Trial Lawyers Association where he serves as co-chair of the Education Committee. James and his wife, Kate, met at the University of Georgia. They have two children and live in Buckhead.