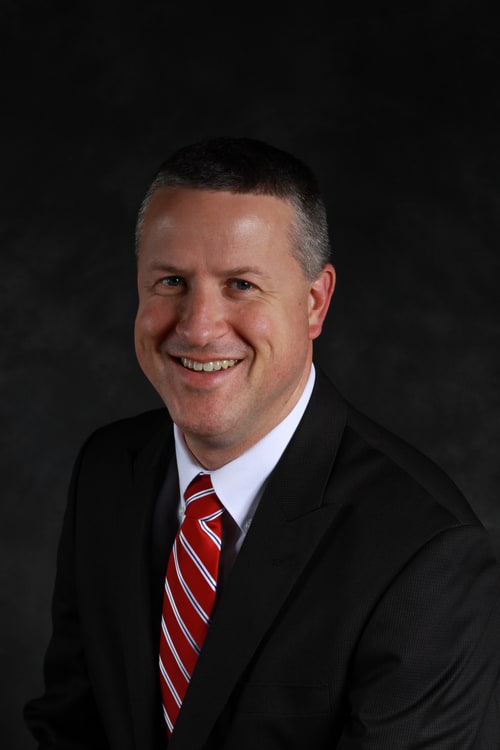 I am a native of Springfield, Missouri and have lived here for nearly my entire life. My family has lived in southwest Missouri for over 150 years and I am proud to call this area home.

After my graduation from Parkview High School, I attended Southwest Missouri State University in Springfield where I earned my Bachelor of Science Degree in Political Science with a minor in Public Law. Upon graduation from (then) SMSU, I attended the University of Missouri-Columbia School of Law School where I graduated in 1998.

Upon graduation from law school and admission to the Missouri Bar, I was privileged to become the Assistant Executive Director for a multi-million dollar trade organization in Kansas City, Missouri. In my role as Assistant Executive Director, I was responsible for community outreach projects, interaction with local and state governments and lobbying on behalf of the organization's membership in both Kansas and Missouri.

Upon my return to Springfield, Missouri in 2000, I entered the field of criminal law byworking as an Assistant Prosecuting Attorney in the Greene County Prosecutor's office, primarily handling DWI/DUI and felony cases, where he successfully handled thousands of DWI cases, felony cases, misdemeanor cases and traffic tickets. I also personally participated in numerous felony and misdemeanor trials during my employment there. Additionally, I had the opportunity to work closely with Missouri Department of Revenue attorney which allowed me to gain extensive knowledge in all matters pertaining to driver license issues in Missouri.

Since entering private practice as a criminal defense attorney in 2002, I have continued to build on this experience through the representation of thousands of people all across southwest Missouri on felony, misdemeanor, traffic and driver license cases. I have received specialized training on DWI Detection and the administration of Standardized Field Sobriety Tests--the same training that all Missouri law enforcement officers receive which has been extraordinarily helpful in defending clients accused of DWI/DUI.

I have had the privilege of being asked to train police officers on how to better perform their duties, particularly when it comes to DWI/DUI cases. I have also been nationally recognized three times (2015-2017) by The National Trial Lawyers as one of the United States Top 100 Trial Attorneys and was again honored in 2015 with Missouri's 10 Best Client Satisfaction Award by the American Institute of Criminal Law Attorneys.

When not working hard for my clients, I enjoy spending time with his wife and three sons, participating in church activities and watching the Kansas City Royals, Kansas City Chiefs and Missouri Tigers.