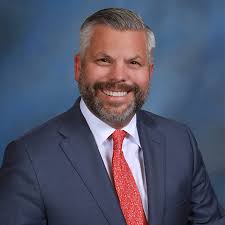 Joseph S. Passanise graduated with honors from Missouri State University with an undergraduate degree in Political Science and Communication (1991) and Master?s of Arts degree in Communication (1993). He continued his education as a Rotary Scholar obtaining a Master?s degree in Business Administration from the University of London, Imperial College (1995) and obtained Juris Doctor degree, with Honors, from Washburn University School of Law (1997). Passanise is licensed to practice before the Supreme Court of the United States, the Eighth Circuit Court of Appeals, and both the Western and Eastern District Federal Courts in Missouri.He practices criminal defense in federal, state, and municipal courts with partner Dee Wampler and associate Scott Pierson in Springfield, Missouri, and has participated in a large number of high profile jury and bench trials. Passanise is a Past President of the Missouri Association of Criminal Defense Lawyers (MACDL) and is a frequent speaker at Missouri Bar and MACDL conferences. He has been chosen as a member by the National College of DUI Defense (2004-Present), National Child Abuse Defense and Resource Center (2011-Present). He has authored chapters for the book, ?Witness Preparation and Examination for DUI Proceedings? by Aspatore in 2013 and 2014.

In 2013, Passanise was selected as a fellow by the American Board of Criminal Lawyers. (ABCL) The ABCL selects attorneys who practice in criminal law after a rigorous and investigatory process and only 5 attorneys have been selected in Missouri. Passanise has been awarded the highest rating of ?AV? by Martindale-Hubbell. The Missouri Association of Criminal Defense Lawyers awarded Passanise with the prestigious Charles M. Shaw award for excellence in trial advocacy in 2013. The Missouri Bar selected Passanise as a President?s Award Recipient (2009) and a Lon O. Hocker Trial Advocacy Award recipient (2002). The Springfield Metropolitan Bar Association honored Passanise with the 2008 President?s Award for extraordinary service. Missouri Lawyer?s Weekly chose him as a finalist for ?Lawyer of the Year? (2008) and one of the top five ?Up and Coming Lawyers? (2003).

His peers have recognized him as a Best Lawyer in America (2007-Present) in the practice area?of white collar, non white collar and DUI defense. In addition, Joe was awarded?the 2018, MO Criminal Defense: White Collar ?Lawyer of the Year.? The Wampler and Passanise firm has been recognized as having a ?Best Firm? by Best Lawyers over 6 years (2010-Present). He has also been selected as a ?Super Lawyer? by Missouri & Kansas Super Lawyers Magazine for ten years in a row. (2006-Present). He is also listed in Who?s Who in American Law (2005-Present) and named a ?Top 100 Trial Lawyer? by the National Trial Lawyers (2007-Present). In 2017, Joe was recognized as a Lifetime Achievement selection among America?s Top 100 Attorneys?.

Presently, he serves on the Parenting Life Skills Board and is involved in a number of community projects. Passanise is married to Jennifer Steffes and they have two beautiful children Bella and Samuel along with two labs, Josie and Alibi.