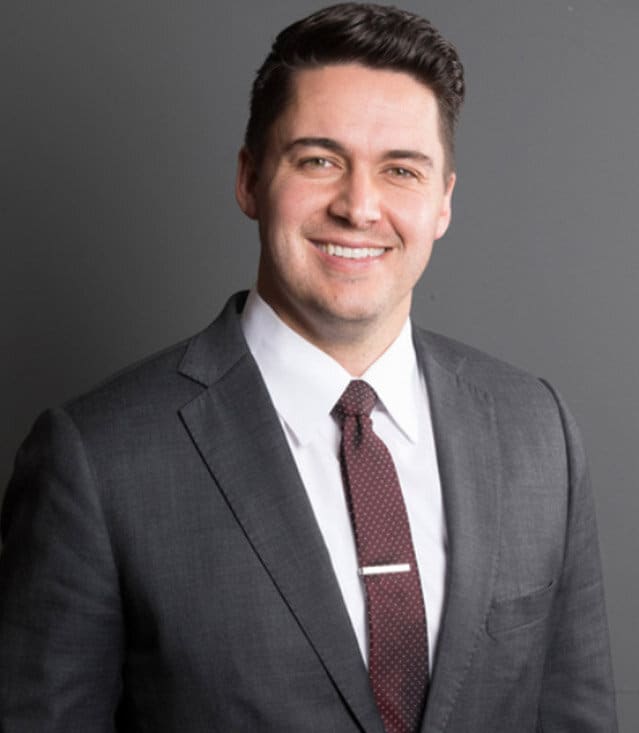 Kyle Stucki is a trial attorney known for his unique combination of honest, compassionate, and attentive relationships with clients and attorneys while maintaining an aggressive litigative style. As his reputation has grown, his marketing efforts have disappeared – he works entirely on personal referrals. An overwhelming majority of his caseload is from other attorneys who trust his ability to handle their cases throughout the arduous litigation process, but even more telling of his ability are the personal referrals from insurance adjusters, defense attorneys, and even judges who have worked with him on previous cases.

Although Stucki is well-liked within the legal community, he isn’t afraid of a fight and frequently goes toe-to-toe with opposing counsel to achieve the best outcomes on even difficult and complicated cases. In 2015, as a third-year attorney at the largest firm in Nevada, Stucki broke the longstanding firm record for settlements negotiated, and since opening his own practice has continued breaking records and surpassing referring attorneys’ and clients’ expectations. Over his relatively short career (he’s only 32 years old), he’s already recovered over $100 million in total settlements for his clients and continues a similar trajectory even as he becomes more selective in his caseload and has fewer overall cases.

Stucki is an active participant within his community where he’s currently a member of the Utah Association for Justice, the Nevada Justice Association, the Washington State Association for Justice, and a continuing contributor to the NJA Citizens for Justice program. He also serves on the Editorial Board for the Trial Guides Publishing Company, which has produced hundreds of books, DVDs, and other media to help trial lawyers develop winning strategies and tactics to employ in their firms.

Education is extremely important to Stucki, who in 2009 received his BS of Legal Studies from Utah Valley University, in Orem, UT, in 2011 his Juris Doctorate from California Western School of Law (where he completed an accelerated law program while also serving as President of the J. Reuben Clark Law Society), San Diego, CA, and in 2015 his Masters of Business Administration from Suffolk University, Boston, MA. His thirst for knowledge and achievement paid off when he passed the Nevada, California, and Washington State bar exams on his first sitting (infamously considered 3 of the top 5 hardest bar exams in the country).

Stucki is currently a member of the Nevada, California, Washington, and Utah State Bars and actively practices in each jurisdiction. He’s an Eagle Scout, a husband, and adoring father of Calvin (Vinny) and Georgia (Jo).