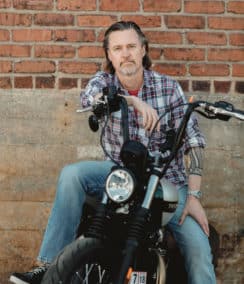 It was the late ‘80s, and Matt Danielson was a young police officer with Chesterfield County Police Department, as well as a lieutenant in the Virginia Army National Guard. He was sitting in court waiting for a defendant’s case to be called. He watched as the attorneys ran through the docket, and he took interest in the legal process. At one point, he turned to a fellow officer sitting next to him and made an offhand remark about how easy it looked to be a lawyer. “I could do this,” Matt told him. The police officer laughed him off.

And that was all it took: Matt took the entrance exam to law school, left his job in law enforcement, and enrolled at the University of Dayton School of Law. He’s been practicing since 1993, first as a prosecutor in the Newport News Commonwealth’s Attorney’s Office, where he tried thousands of cases and eventually became the Chief Deputy Commonwealth’s Attorney, leading all three of the office’s trial teams.

In 2003, Matt joined Tom McGrath’s Motorcycle Law Group, allowing him to combine his enthusiasm for the law and his passion for motorcycles. He has successfully represented motorcyclists in matters ranging from simple property damage trials to complex multi-million-dollar injury cases. He also represents victims of auto and tractor-trailer accidents, as well as victims of medical malpractice. In addition to his duties as a trial attorney, Matt is a registered lobbyist who works to protect the rights of motorcyclists at both the state and federal level. He often lectures throughout the country in regard to laws affecting motorcycle riders.

“I truly enjoy practicing law and helping injured clients. When a person tells you that you helped them through a difficult and scary time, and that you made that difficult time easier, it makes you feel good. I am proud that what I have chosen to do for a living is helping others.”