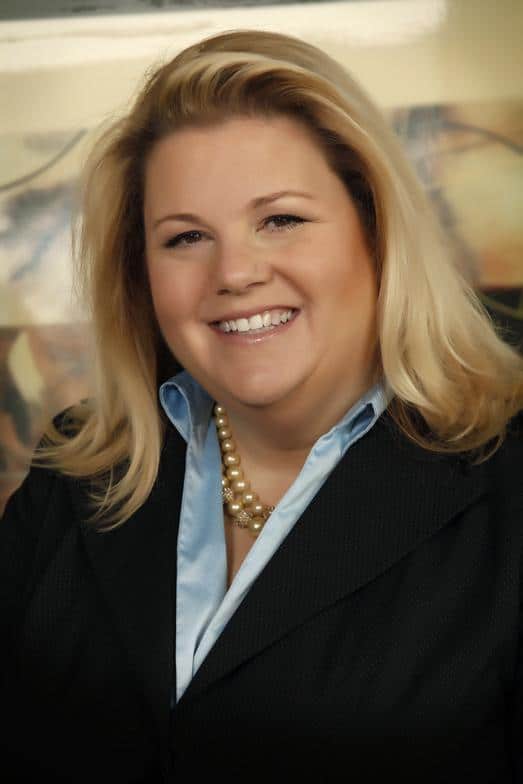 Maureen is a Kansas City native. She grew up in the Waldo area of Kansas City and attended college at Creighton University in Omaha, Nebraska.

After college, Maureen returned home and found work as a real estate agent for two years. Thereafter, she worked as a paralegal in Kansas City for ten years. She worked in litigation at Blackwell Sanders Matheny Weary & Lombardi and then at Blond & Allison doing family law.

Though she had planned to attend law school after college, she did not get to realize her dream until later in life. Maureen attended law school and graduated from Michigan State University but during her third year, returned home to care for her father who was suffering from severe diabetes. She completed her last year of law school as a visiting student at the University of Missouri at Kansas City.
While at MSU she participated on the prestigious Moot Court Board and teams. Through a good relationship with UMKC she was allowed to continue her advocacy training and participated in moot court competitions on behalf of UMKC, on both regional and national stages. Maureen continues to maintain a close relationship with UMKC.

After graduating law school, Maureen went to work for the Honorable Michael W. Manners, Judge of Division 2, of the Circuit Court of Jackson County, Missouri at Independence. While with Judge Manners, she was exposed to all aspects of litigation, including civil, criminal, and domestic. She worked with Judge Manners for three years before entering into private practice with the firm Sanders Warren & Russell, LLP.

While with Sanders Warren & Russell, LLP, Maureen practiced civil defense and participated in several trials. She had a number of successes including being named to Superlawyers list of Rising Stars for 2012. She successfully litigated in the 10th Circuit on a contract dispute. She litigated a trucking case in Pettis County, Missouri which resulted in success for her client and was named one of the top verdicts for 2011 by Missouri Lawyers Weekly.

In 2012, Maureen litigated a medical malpractice case in Jackson County, Missouri which again resulted in a successful verdict for her client and was named one of the top verdicts for 2012 by Missouri Lawyers Weekly. In addition to these successes, she has also had success trying several auto-accidents as well as litigating premises liability actions.

Maureen has lived in Kansas City most of her life and is involved in community work, including serving on the Creighton University Alumni Board.

Maureen believes in strong advocacy for her clients. She provides personal service and will lend a voice to those who need help.