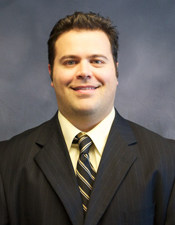 In 1999, Mr. Stagliano received his Juris Doctorate from Roger Williams University School of Law, where he was a Dean's Scholar. Mr. Stagliano is admitted to practice law by the United States District Court for the District of New Jersey, the New Jersey Supreme Court, and the Commonwealth of Massachusetts. He has been with the Law Firm of Gill & Chamas as an attorney since 2009, practicing primarily in the area of personal injury law, including motor vehicle accidents, slip and fall accidents, trucking accidents, motorcycle accidents, and dramshop liquor liability. He has an extensive insurance background having previously worked for the reputable law firms of Clark & DiStefano, and McDermott & McGee.

Mr. Stagliano has been previously recognized and honored by the National Jury Verdict Review. He presently resides in Old Bridge, N.J., with his wife, Aisha, and their two children. In his spare time, Mr. Stagliano enjoys spending time with his children at amusement parks. An avid Yanks, Jets, Knicks, and Scarlet Knights fan, Max is a sports enthusiast.