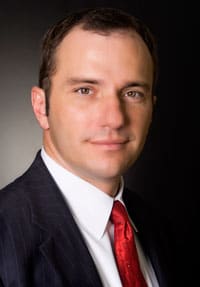 Mitchell R. Nolte is a Board Certified Criminal Defense Attorney with a proven track record for getting the best possible results for his clients. Mr. Nolte has tried more than 170 criminal jury trials and has achieved great success. Mitchell R. Nolte's experience both prosecuting and defending serious criminal matters in both State and Federal Courts all over North Texas gives his clients a criminal defense lawyer that will be able to put the client in the best position possible.

Mitchell R. Nolte's experience as a Chief Felony Prosecutor for the Collin County Criminal District Attorney's Office and the lead prosecutor for the Special Crimes Division makes him uniquely qualified to handle criminal cases. He has worked with Federal law enforcement agencies, such as the FBI, DEA, Secret Service, Internal Revenue Service, and has a close working relationship with all local law enforcement agencies. He knows how to review and evaluate the government's case against you for every possible weakness.


Mitchell R. Nolte is a trial lawyer who knows how to win. Time and again Mr. Nolte has gained dismissals, acquittals and reductions for his client. Mr. Nolte always makes sure that he is focused on keeping his clients' criminal records clear. With this in mind Mr. Nolte will always work hard to find a resolution to his client's cases that will help his client to erase the past and begin a new future.

Whether you need an experienced DWI attorney, help with a drug offense, or representation for a serious State or Federal crime, Mitchell R. Nolte stands ready to put his clients in the best position possible to win.

In addition to our normal business hours, we offer weekend and evening consultations by appointment.