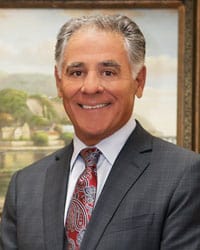 Nick Matassini, a Tampa native and founder of The Matassini Law Firm began practicing law in 1976. Upon release from active duty in the Marines, Nick received his undergraduate degree from the University of South Florida. Nick received his Juris Doctor from South Texas College of Law in 1976. He returned to Tampa to open his own practice where he represented individuals in many high profile cases in the areas of personal injury and wrongful death. Today, Nick focuses his practice on these areas because they allow him to help people who have suffered a personal or family tragedy or who find themselves fighting against the vast resources of insurance companies.