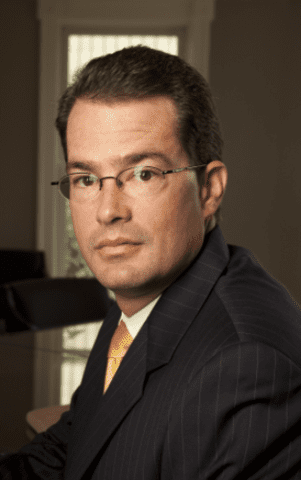 We all have a story to tell and mine might not be that different from yours.

Just like you, I consider Virginia my home. I’ve lived elsewhere, in North Carolina as a child and in Little Rock, Arkansas during Law School.

I attended high school in Abingdon, VA and graduated from Virginia Tech. After four years at Tech, I got a job working as a Claims Representative for a major insurance company. Most people would think that I had it pretty good, and I did, but during the three years I worked there I began to see how people were not being treated fairly after experiencing a personal injury. I wanted to do something to change that, to protect the powerless from the powerful. It was then that I decided to attend law school and become an attorney.

I chose the University of Arkansas at Little Rock for law school because they allowed students to work while attending school and since I was paying my way through school myself, I had bills to pay.

After 3 years of full-time work and classes, I graduated from law school and returned to Roanoke, VA. I became an associate with the Roanoke Law Firm of Rider, Thomas, Cleaveland, Ferris and Eakin.

In 2010, I decided to strike-out on my own and opened my own law firm in Roanoke.

During the past 20 years, I’ve helped victims of serious and catastrophic injury, a sampling of my cases are listed here.

Most notably, a German speaking attorney and I represented a German man who had been injured while riding a bicycle in Pulaski, Va. The victim suffered multiple, permanent injuries. He and his family needed help navigating our legal system and I am glad I could be there when they needed me most. I was able to obtain a $21 million dollar settlement to pay for his current and future medical expenses.

The bottom line is this…. I’ve been very successful in helping my clients receive the compensation and benefits they deserve for more than 20 years. And I’m very, very good at what I do.

If you or a family member has been seriously injured due the negligence of someone else, and you need help, call me at 540-777-4900. I want to hear your story.

Hobbies: I collect Military Knives and Memorabilia from WWII to the current date, but I have a special interest in the Vietnam War. I also like to play basketball with my children and take them fishing. I also enjoy target shooting.