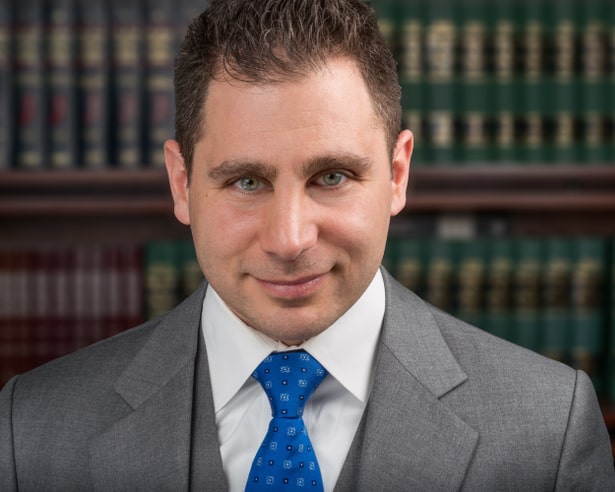 Peter J. De Frank is originally from Essex County, raised in Nutley, New Jersey. Since beginning his practice in 2008, Peter has worked and assisted on some of the largest civil verdicts/settlements in New Jersey, totaling over $30 million in verdicts & settlements. These cases include:

Currently, Peter is recognized as a “Rising Star” in New Jersey Super Lawyer’s Magazine, being selected in 2013, 2014, & 2015. In 2011 Peter became one of the youngest members of the very prestigious “Million Dollar Advocates Forum” after settling a pedestrian/motor vehicle accident case for $1,050,000.

Peter’s most recent verdict was in the amount of $250,000 for a young man with a lower back injury. The offer to settle from the insurance company prior to trial was $5,000.

After law school and prior to beginning his practice, Peter clerked for the Honorable Garry J. Furnari of the Superior Court of New Jersey in Essex County and is proud to be admitted to practice law in New Jersey, New York, and Connecticut.