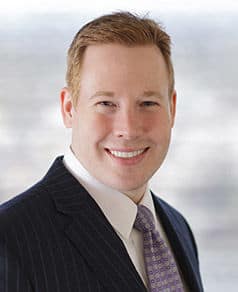 Rhett Fraser devotes his legal practice exclusively to helping people injured as a result of the negligence of others. Rhett believes that as attorneys we possess a unique opportunity to help make the lives of the people we represent better. Rhett takes a client-centered and results-based approach to each case and every person he represents.

Rhett is an experienced attorney who is dedicated to providing the best possible legal representation to his clients. Rhett’s legal practice is focused on medical malpractice, personal injury, wrongful death, and appeals in state and federal court. Rhett is licensed to practice law in Oregon, Washington, and Idaho.

Rhett regularly represents injured plaintiffs in medical malpractice cases against hospitals, doctors, nurses, midwives, and other medical professionals in cases ranging from wrongful death, birth trauma injuries, cancer misdiagnosis, dental injuries, sexual abuse, and surgical mishaps, as well as many other types of cases. Rhett has tried numerous cases to a verdict before both judges and juries. Rhett has argued significant cases before the Oregon Supreme Court and the Oregon Court of Appeals.

Rhett has been selected by Super Lawyers to the Oregon “Rising Stars” list in the area of medical malpractice since 2016 to the present. The Rising Stars list recognizes no more than 2.5 percent of attorneys in each state. Rhett is active in the Oregon Trial Lawyers Association (OTLA), where he currently serves in his third year as the co-chair of OTLA’s professional negligence section. Rhett was selected to be a member of the 2018-2019 OTLA Leadership Academy. Participants were competitively selected based upon a demonstrated commitment to OTLA and its mission to promote civil justice in Oregon.

Rhett is a proud member of American Association for Justice (AAJ). He is a member of the AAJ’s Stroke and Birth Trauma Litigation groups. Rhett acts as an Oregon State Bar volunteer mentor each year to law students and new lawyers.

Rhett lives in Southwest Portland. When not at work, Rhett enjoys spending time with his wife Heidi and two young children, Wyatt and Raleigh.

United States Court of Appeals for the Ninth Circuit

The United States District Court for the District of Oregon

The United States District Court for the District of Western Washington

The United States District Court for the District of Eastern Washington

The United States District Court for the District of Idaho