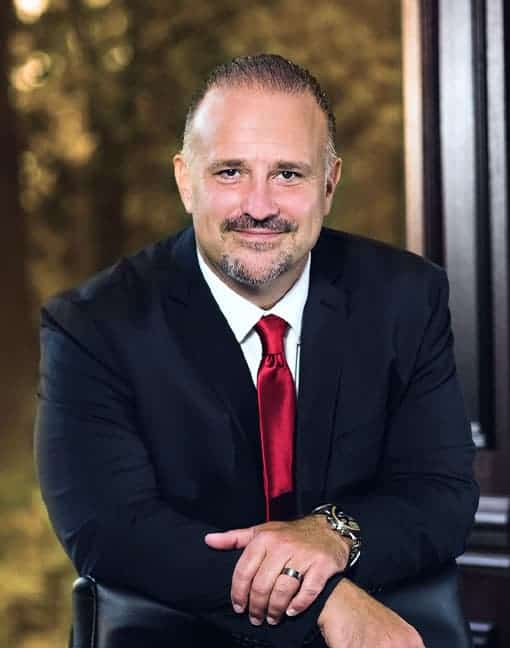 Richard P. Console, Jr. opened his firm to serve one purpose: to help the victims of accidents and injuries at a time when they most need assistance.

That guiding principle helped him create an award-winning personal injury law firm with a remarkable record of success.

Meet the man behind the mission and find out why you want Richard P. Console, Jr., to be your injury attorney.

A South Jersey native, Mr. Console grew up in Haddonfield and later returned to live in Cherry Hill with his wife and two sons. He earned his Bachelor of Arts degree and graduated with honors from Villanova University in 1989.

Outside of his legal work, his favorite activities include reading, cycling and playing basketball with his sons.

Shortly after launching his legal career, Mr. Console decided to start his own firm, and the Law Office of Richard P. Console, Jr., P.C. was born.

Though he first practiced general law, he quickly decided that he wanted to try personal injury claims exclusively. Today, he does just that.

Along the way, other attorneys who shared his dedication to personal injury law joined the team. Mr. Console found that having a full legal team offered our clients even more:
more perspectives, more experience, and more opportunities for strategic collaboration.

With a team, he could assist far more accident victims than he could on his own.

In every case, his clients suffered serious injuries due to someone else?s negligence and those stories stick with him, always driving him to help his next client get the justice they deserve. Some of his most notable claims include:

$1.5 Million Settlement
For the grieving family that lost their child to an anoxic brain injury caused by a negligent home health aide. Read their story.

$825,000 Settlement
For an individual who suffered a permanent disability after they fell due to an uncovered HVAC hole. Read his story.

$800,000 Settlement
For the victim of a serious worksite injury.

$160,000 Settlement
For the victim of a car crash who sustained serious injuries.

How does Mr. Console achieve such impressive results? His years of dedicated legal practice have given him plenty of insight into how insurance companies operate, and he?s not afraid to go up against the biggest contenders in the insurance business. He and his team have earned a reputation that makes insurers think twice about facing us in court.

Over the years, Mr. Console has been recognized with numerous honors and awards and been invited to join some of the most prestigious organizations in the legal industry.

Mr. Console is an active member of the legal community, including organizations such as: