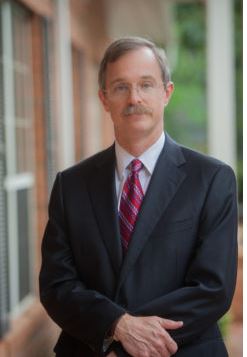 Mr. Gwartney passionately believes that our senior citizens deserve to be treated with respect and dignity. In the same manner that fine china is treated with a gentle touch, our physically frail elderly also need to be treated with a gentle touch; they deserve no less respect and dignity than that which is afforded to any other members of our society. The results of Mr. Gwartney’s experience and efforts on behalf of the elderly speaks volumes about his expertise and dedication. His work on behalf of his clients has led to numerous verdicts and settlements of $1 million or more across the southeast.

Along with other colleagues at Brooks, LeBoeuf, he has been recognized as among the Nation’s Top One Percent, and in Florida as one of the Top 100 Trial Lawyers, a Super Lawyer, among the Legal Elite in the top 2%. He is frequently called upon to share his knowledge about nursing home litigation and medical malpractice with peers in the legal profession and as a guest lecturer in the University setting. His legal practice is very active throughout Florida and Georgia, and is also licensed to practice law in Tennessee, Texas, and Virginia.

Mr. Gwartney is active in his church and community. Inspired by his own family experiences, he serves on the Florida Agency for Health Care Administration’s Bone Marrow Transplant Advisory Panel and serves on boards of directors for several charitable organizations in the Tallahassee area including Courage Through Cancer, Lighthouse Children’s Home, and A Doctor’s Heart (an organization he co-founded to support ministries serving the river people deep on the Amazon River). He is a strong believer in faith, family, and community and enjoys spending time with his wife, Cathy, and their three children. He is also an avid fan of FSU athletics.

Court of Appeals, State of Georgia 1993

Supreme Court of the United States of America, 1995

Board of Directors, Northshire Homeowners’ Association

Board of Directors, Lighthouse Children’s Home

Board of Directors, A Doctor’s Heart, Inc.

Character of Leadership Conference, November 2014 (Jinja, Uganda) – “Christian Leadership in a Secular World” – “The Importance of Character in God’s Economy”

Tallahassee Bar Association, November 2004 (Tallahassee, FL) – “Referral Fees and How They Will Be Affected By Amendment 3” (with Dean LeBoeuf)