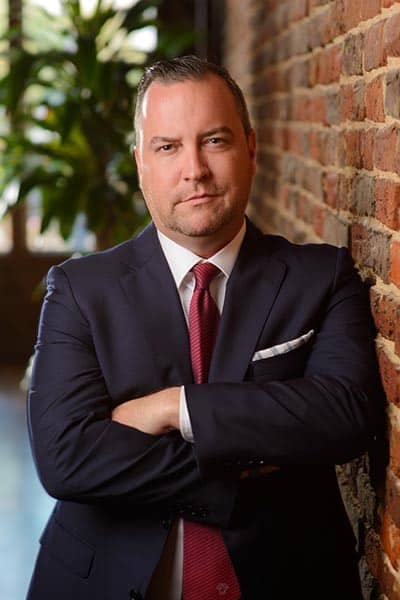 Stand on the side of justice...and you will not stand alone', was the last sentence Tab Lawhorn delivered to a jury in a trial where he saved a young woman's life. Tab has forged his trial skills in the heat of some of the most publicized criminal trials in the State of Texas. He started his own law practice in Houston, Texas where he practiced along side some of the most celebrated trial attorneys in the country. Tab also defended and defeated one of the largest allegations of white collar crime and drug conspiracy in Los Angeles, California resulting in all charges being dismissed against his client. Since joining Derryberry & Zips, P.L.L.C. in the Spring of 2009, Mr. Lawhorn has already founded YoureNotGuilty.com and has co-counseled with Craig Zips and Daryl Derryberry in both State and Federal civil trials.

Tab was recently named as a Texas Rising Star and as a Super Lawyer for criminal defense by Texas Monthly Magazine in 2014.

Tab E. Lawhorn is no stranger to a state criminal case, however, he has broadened his practice to Federal criminal cases with an emphasis on representing white collar criminal defendants and the mentally ill. His experience in criminal trial work has carried over to aggressively litigating civil matters as well. 'Our law firm is providing a caliber of representation here in Tyler and the surrounding area that most people would seek from a national law firm', he explains. 'The legal atmosphere here in East Texas is unique, and I don't think many out of town lawyers get that until it's too late', Tab adds.