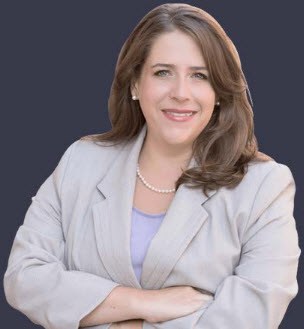 Attorney Tempe Smith loves helping people from all backgrounds and all walks of life, everyone from farmers to doctors. Several months ago she found herself in a courtroom in Kansas City, Kansas, watching as a jury awarded $218 million dollars to her clients, over 7,000 Kansas corn farmers. In that moment, she felt an enormous amount of pride. She was proud to see the result of all the hard work that her team had poured into the case; she was proud to know that they had won against some of the best lawyers in the country; and she was most proud to know that her clients had finally obtained the justice they deserved. Moments like these are the reason that Tempe became a lawyer.

Whether she is working on a class action, commercial, or personal injury case, Tempe applies the same drive and determination to each case she works on. She understands how difficult and overwhelming the legal process can be for ordinary individuals, which is why she offers open communication and compassionate guidance for all of her clients. She affords every unique case the level of personalized attention it deserves and always strives for the justice and fair recovery her clients are owed.

When she is not busy being a lawyer, Tempe enjoys spending time with her friends and family, cooking, hiking, and watching Alabama football.

Tempe is a graduate of Mary Washington College in Virginia, and the University of Alabama School of Law. While in law school, she was on the Alabama Law Review, the Jessup Moot Court Team, and was an associate justice on the Honor Court. She was awarded the Bench and Bar Legal Honor Society's "Outstanding Senior" award. Tempe was a Hugo L. Black Scholar and was elected to the Order of the Coif, an honor reserved for those who graduate in the top 10% of their class.

In 2017, Tempe was a part of a trial team that successfully represented the nation's corn growers in the first of eight-certified state class action lawsuits against Syngenta, resulting in a verdict of nearly $218 million. She will be on the trial team for the next seven class action trials that are set in 2018.

Prior to working on behalf of America's corn farmers, Tempe worked as part of a team of Hare Wynn lawyers who represented a nationwide class of people and companies that were defrauded in the settlement of a prior class action. After 13 years of litigation, the Hare Wynn team obtained a $310 million settlement on behalf of the class.

Tempe also has experience helping States seek justice on behalf of their citizens. Several Hare Wynn lawyers, including Tempe, worked with the Attorney General's offices of Montana and Alaska to negotiate the largest consumer protection settlement related to drug misbranding in both Montana and Alaska. These settlements resulted in a payout of $15.25 million to the state of Alaska and $16.7 million to the state of Montana.

Prior to joining Hare Wynn, Tempe clerked for the Honorable Judges James H. Hancock, R. David Proctor, and John E. Ott all in the Northern District of Alabama.

U.S. District Court for the Northern District of Alabama