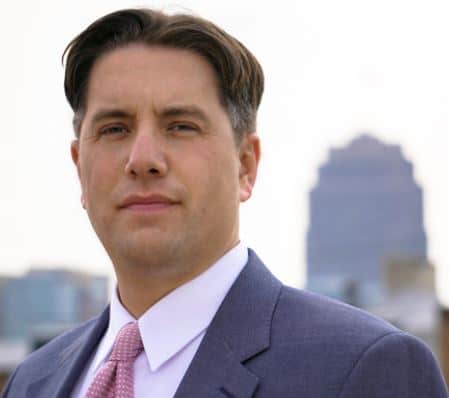 Tim Brennan was raised in the coal region working in his family’s well known mom and pop restaurant. He began his legal career in the Lehigh Valley as a Bethlehem and Northampton County Solicitor. He currently lives in Doylestown and, in addition to his legal work, serves as a member of the Doylestown Borough Council.

Mr. Brennan graduated from Ursinus College in 2000, receiving his Bachelor of Arts with a double major in English and Politics and a double minor in International Relations and American Studies. During this period he served two United States Congressional Internships with Congressman Joe Hoeffel and Congressman Tim Holden.

Mr. Brennan has been published in the fields of equine law and redistricting law, has argued several times before Commonwealth Court and has lectured on various topics at the Dickinson School of Law and for the Pennsylvania Bar Association. He has appeared on numerous local and national television and radio shows.

Mr. Brennan volunteers for or has founded a number of charitable, legal, political, religious and community organizations and has served as an Adjunct Professor for Northampton Community College. He is a member of the Pennsylvania and New Jersey Bars.

Disciplinary Board of the Supreme Court of Pennsylvania, Hearing Panel Member 2012-Present

Cleaning Out the Augean Stables: Pennsylvania’s Most Recent Redistricting

Sons of Union Veterans of the Civil War, Member