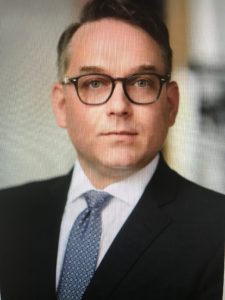 Focusing on consumer class action and catastrophic personal injury cases, Mr. Frederick represents clients throughout Pennsylvania and the country. Mr. Frederick is a Partner in the Frederick Law Group, PLLC, (FLG) with his wife. Prior to opening FLG, Mr. Frederick was an attorney at a firm that focused its practice on personal injury litigation. While there, Mr. Frederick developed a nation-wide plaintiffs' class action practice that has made nearly $100 Million dollars available to class members. In 2013, Mr. Frederick had the honor of arguing the landmark case, Shiner v. Ralston, 2013 PA Super 33, 64 A.3d 1 (Pa. Super. Ct. 2013), that led to the establishment of the 'Sudden Medical Emergency' defense in Pennsylvania. Mr. Frederick earned two degrees while enrolled at Vermont Law School, which has been repeatedly ranked as the number one Environmental Law school in the country by U.S. News and World Report. He received his Juris Doctor in 2007 and graduated cum laude with a Master of Environmental Law and Policy the following year. As an undergraduate, Mr. Frederick attended the prestigious Schreyer Honors College at Pennsylvania State University, where he was a Schreyer's Scholar and earned a Bachelor of Arts in political science in 2002, graduating with honors and high distinction.