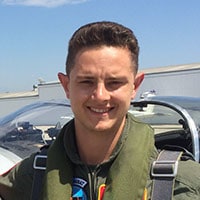 I am an enthusiastic, hard-working attorney whose goal is to zealously advocate for my clients. After working days, as a law clerk, and graduating from Loyola Law School’s evening program, I had a calling to public service and commissioned in the United States Marine Corps where I worked as a Judge Advocate. During my time as an active duty Marine I advised my clients in a variety of different practice areas including: Landlord-Tenant law, Family law, Tax law and general civil litigation issues. I was also appointed as the Special Assistant United States Attorney and was responsible for the prosecution of federal crimes committed aboard the Marine Corps Air Ground Combat Center in Twenty Nine Palms, CA and the Marine Corps Logistics Base in Barstow, CA.

When I am not practicing law you can find me enjoying one of my numerous hobbies which include, but are not limited to, enjoying high altitude views of Southern California after jumping out of airplanes, climbing up large rock walls at a multitude of local Southern California crags and trying to make friends with a variety of sea life as I scuba dive and surf throughout the world.

I have an undergraduate degree in Broadcast Journalism from Chaminade University of Honolulu, where I spent four years studying the modern multi-media world as I prepared for life as a jury trial lawyer. While in Hawaii, I was a regional champion of the National Student Advertising competition, served as president of the Chaminade surf-club and actively participated in multiple performance arts, including stage plays and poetry events.

At Loyola Law School I devoted time to serving the student body as both a student representative and Internal-Social chair on the student government.