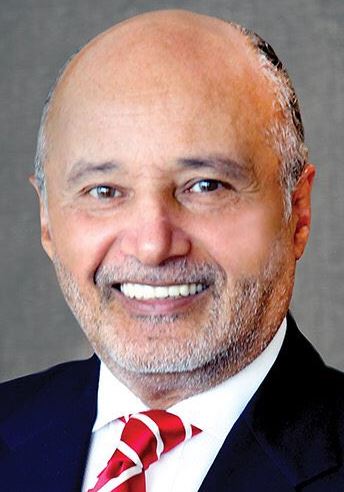 When the Governor of Maryland sought an attorney to serve on the Judicial Appointments Committee, Governor Ehrlich called Judge Billy Murphy "an attorney who has won more cases in front of more judges in Maryland" a man respected and known across the state for his legal acuity and expertise inside and out of the courtroom. A member of the Board of Governors of the Maryland Trial Lawyers Association and the Board of Directors of the National Association of Criminal Defense Lawyers and the recipient of the inaugural Charles Hamilton Houston Award for Lifetime Achievement in Litigation, the Firm's founder and senior partner, Judge William H. "Billy" Murphy, Jr., graduated from the Massachusetts Institute of Technology with a B.S. in electrical engineering in 1965 and a J.D. from the University of Maryland School of Law in 1969 where he was a member of the Law Review. He has practiced law for over thirty years, including three years as a judge on the Circuit Court for Baltimore City, the highest level Maryland trial court. Judge Murphy has tried numerous high-profile criminal and civil cases including some of the most celebrated criminal and civil cases in Maryland history. Making history comes naturally to Judge Murphy, as he comes from one of the most distinguished African-American families in the country. His father, William H. Murphy, Sr., was one of the first African-American judges in Maryland. His great-grandfather, founded the Afro-American Newspaper. His sister, Laura Murphy, is a top lobbyist for the American Civil Liberties Union and heads their Washington D.C. office.

A member of the team of lawyers which sued Ernst and Young in Devan v. Ernst and Young in the Circuit Court for Baltimore City in 1998, Judge Murphy obtained from them a settlement of $185 million dollars last year, the largest single-defendant settlement in Maryland history. He has obtained multi-million dollar results in complex civil cases and has been recognized in numerous publications as one of the best litigators in the history of Maryland.

Judge Murphy has handled cases in the Supreme Court of the United States, the state and federal courts of the District of Columbia, Delaware, Florida, Georgia, New Jersey, New York, North Carolina, Pennsylvania, South Carolina, and Virginia, and in the United Kingdom.

Judge Murphy's state and federal criminal practice has been extensive. In the state courts, his XX-year record is over XX% not-guilty verdicts at trial.

He successfully ran for judge of the Circuit Court for Baltimore City in 1980, unseating an incumbent after ten years of successful practice. That year, Baltimore Magazine profiled him as one of the top five lawyers in the state. When he resigned from the Circuit Court in 1983, the Baltimore Sun wrote that he had the best win-loss record of any criminal lawyer in Baltimore and observed that his peers considered him to be "extraordinarily gifted" and "one of the best defense attorneys of his time."

Warfield's Magazine, a Baltimore business publication, profiled him in a cover story and said: "Murphy has pulled off more than a few courtroom miracles. That reputation has made him one of the most sought-after defense attorneys in Maryland. * * *

"There are many, including seasoned prosecutors and judges, who see Murphy as a shining example of what a defense lawyer should be: a tireless advocate who fights to the death for his clients. A Maryland federal judge speaks without hesitation of his integrity...

"He's the kind of guy you see much too little of in the legal profession in this day and age,' says Joseph Murphy, a former defense lawyer who now is a Baltimore County judge (Judge Murphy, who also is not related, is now the Chief Judge of the Court of Special Appeals of Maryland). 'He's someone who can fight as hard as the battle can be fought in the courtroom and then turn it off and not carry a grudge into the next case. My personal experience is very favorable compared to other lawyers I've opposed over the years or seen in my courtroom.'

"As for his theatrics, Billy Murphy makes no apologies. 'I look at it this way,' he explains. 'A trial lawyer who isn't able to use the full spectrum of techniques has arbitrarily limited himself. If a trial judge pushes you, you've got to push back. I used to say that my client is a child of God and everybody else is a son of a bitch.'"
In 1996, Judge Murphy was again named by Baltimore Magazine as one of the top ten criminal lawyers in Maryland. In 1997, The magazine rated him one of the 25 smartest people in Baltimore and in 1998, he was named one of the top four criminal lawyers in Maryland. For the last fifteen years he has had an AV-rating with Martindale-Hubbell. In describing Judge Murphy, Baltimore Magazine said:

"When we set out to find Baltimore's smartest people, we were looking for the kind of smart that turns us on: passionate, smart, sexy smart-what we like to call drop dead brilliant."

In particular, what they said about him is as follows:

"Lawyer Billy Murphy is scary-smart. Like, that thing you learned today? He probable already knows it.

"The defense attorney also knows every trick in the book... But it's Murphy's mental agility that makes him the master defender.

"'You're formulating your defense and reformulating it, even as the trial takes place,' the Mt. Vernon resident said a few years ago. 'You've got to be nimble enough not to be wedded to one point of attack.' An M.I.T. engineering grad, Murphy wired his practice years ago so that he could check precedents, draft motions, and send e-mail while in court.

"Murphy would have made a brilliant engineer--he sped through Poly high school with straight 100's in physics, chemistry, and calculus. But his most difficult career choice was not between law and engineering. It was between law and his true love, jazz. 'When I passed the bar, my first reaction was elation,' Murphy recalled. 'And then I said, 'S--t. This means I probably can't be a musician.'

"But Murphy seems to have reconciled himself to the legal life. Maybe his practice of yoga smoothed the way. 'It's an extension of my Christian beliefs,' Murphy said. 'If God is like the pinnacle of the mountaintop, each religion can be viewed as a different road up the same mountain. Intelligent people look for the fastest way to get to the top of the mountain."