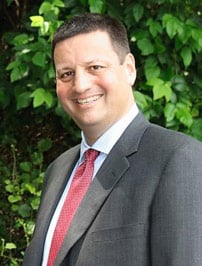 Maryland Injury Attorney with offices throughout the state

Bruce M. PlaxtenBruce Plaxen has been on the Board of Governors for the Maryland Association for Justice (formerly the Maryland Trial Lawyers Association) since 1993 and has chaired almost every committee and held every office, including President of the Maryland Trial Lawyers Association. Currently, he is Chairman of the Maryland Association for Justice Political Action Committee and works closely with their lobbyist and legislative committee in Annapolis to insure that the rights of victims are protected. Plaxen has also received a Distinguished Alumnus Award from the Nelson A. Rockefeller College of Public Affairs and Policy from the State University of New York at Albany. This award was given in recognition of his pro bono efforts assisting the families of victims of the September 11 terrorist attacks in New York, Maryland and Virginia. Plaxen helped organize the largest pro bono project in history. Each and every family of a 911 victim was offered absolutely free legal representation and assistance in securing victim compensation. In 2010, Plaxen received the prestigious Wiedemann Wysocki Citation of Excellence given by the American Association for Justice for his efforts on behalf of civil justice throughout the United States. This is the second time Plaxen received this award, having been previously recognized for his work in 2003.

Bruce Plaxen is the only two-time winner of the President's Award, presented by the Maryland Association for Justice for exemplary leadership, vision, and unwavering commitment. Plaxen was specifically recognized for his actions to strengthen our ability to protect our clients, address civil justice and consumer issues in the legislature, and prevent the erosion of injured people's rights. He received this award in both 2007 and 2010.