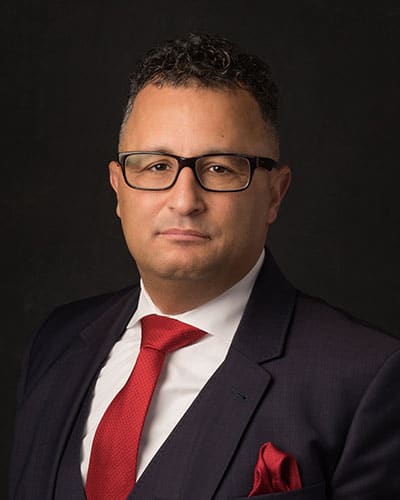 While a Marine, Mr. Rencher Esq. served as an Aircraft Firefighter/Emergency Medical Technician and cross-trained with multiple structural fire departments serving Camp Pendleton. He was the recipient of the National Service Defense Medal and a accommodation for Outstanding Military Service during Operation Desert Storm.

Mr. Rencher Esq. attended junior college while still an active-duty Marine and transferred to the University of California Los Angeles (“UCLA”). With no family financial support, he worked his way through undergraduate school as a Trauma Scribe and Telemetry Technician at a local hospital. Mr. Rencher Esq. considered medical school but due to an ever-dying interest in social injustice he attended law school where he thrived.

Interestingly, Mr. Rencher Esq. took a brief detour through film/arts studies starring in multiple plays and productions including but limited The Lion Witch and the Wardrobe and Macbeth. Although he enjoyed the arts, that ever-present desire to fight for those without a voice remained. Thus, Mr. Rencher Esq. shifted his focus to law, foregoing a “casting call” for the “Power Rangers” to sit for the Law School Admissions Test.

Mr. Rencher Esq. graduated from UCLA with honors and attended Hastings College of the Law. He was a member of the Trial Team and received the Moot Court Award for “Best Oral Advocate.” Mr. Rencher Esq. was also a Legal Education Opportunity Program (“LEOP”) Teaching Assistant and mentored first-year law students in their transition. He then interned at the San Mateo County District Attorney’s Office where he specialized in opposing suppression motions in Driving Under the Influence (DUI) cases.

Mr. Rencher Esq. started his practice of law defending health care professionals expanding into a wide range defense of licensed professionals. He then broadened his practice to the defense of medical institutions, businesses, professionals from all fields, and individuals accused of select crimes. He has since sharpened his skills as a litigator; now he now enjoys trying general litigation cases, personal injury and wrongful death cases, and elder abuse, to bring justice to those injured or killed at the hands of others.

As a client RLG, you will benefit from Mr. Rencher Esq.’s vast experience and tenacity in the prosecution of Personal Injury, Wrongful Death matters and/or Elder Abuse matters. The combination of his prior medical and district attorney experience makes Mr. Rencher Esq. uniquely suited to represent families that have lost loved ones at the hands of DUI drivers including record success achieving one of the ten largest wrongful death settlements in California in 2020 representing the family of a 69-year old man killed by a driver of a commercial vehicle obtaining a settlement in the high seven figures for the grieving family.