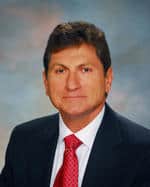 Evan Fetterman is the founder and senior member of Fetterman & Associates, PA the Law Team. Mr. Fetterman has been a practicing lawyer since 1968 when he graduated from New York University School of Law where he earned his Juris Doctor degree.

Before law school, he attended Lehigh University in Bethlehem, Pennsylvania, where he earned a Bachelor of Arts degree. Following law school, Mr. Fetterman was a lawyer with the Corporation Counsel of the City of New York, and then entered private legal practice.

After five years as a lawyer in New York, Mr. Fetterman and his family moved to Palm Beach County, Florida, where he has lived and worked since. After two years working in North Palm Beach with a small law firm, he decided to pursue his own practice, and that led to his forming the firm Fetterman & Associates, PA the Law Team. From the first small office in North Palm Beach, Florida, to their latest headquarters and satellite office, Mr. Fetterman has presided over the firm's growth while always striving to provide the most effective, compassionate, and cutting-edge legal representation for its clients.

Mr. Fetterman was the first lawyer in Palm Beach County Florida to advertise legal services and make them available and affordable to the general public. During his career, he has helped thousands of injury victims fight for their rights and has never represented insurance companies or big corporations.

As the marketing mind behind the firm's success, Evan Fetterman has been a trendsetter in south Florida legal circles in his innovative approach to law firm marketing, growth and success.

WHAT OUR CLIENTS SAY

Andrew B.
Happy Customer Enjoys Professional and Timely Service from Fetterman & Associates. My experience was great, very professional and they handled everything great and in a very timely manner.