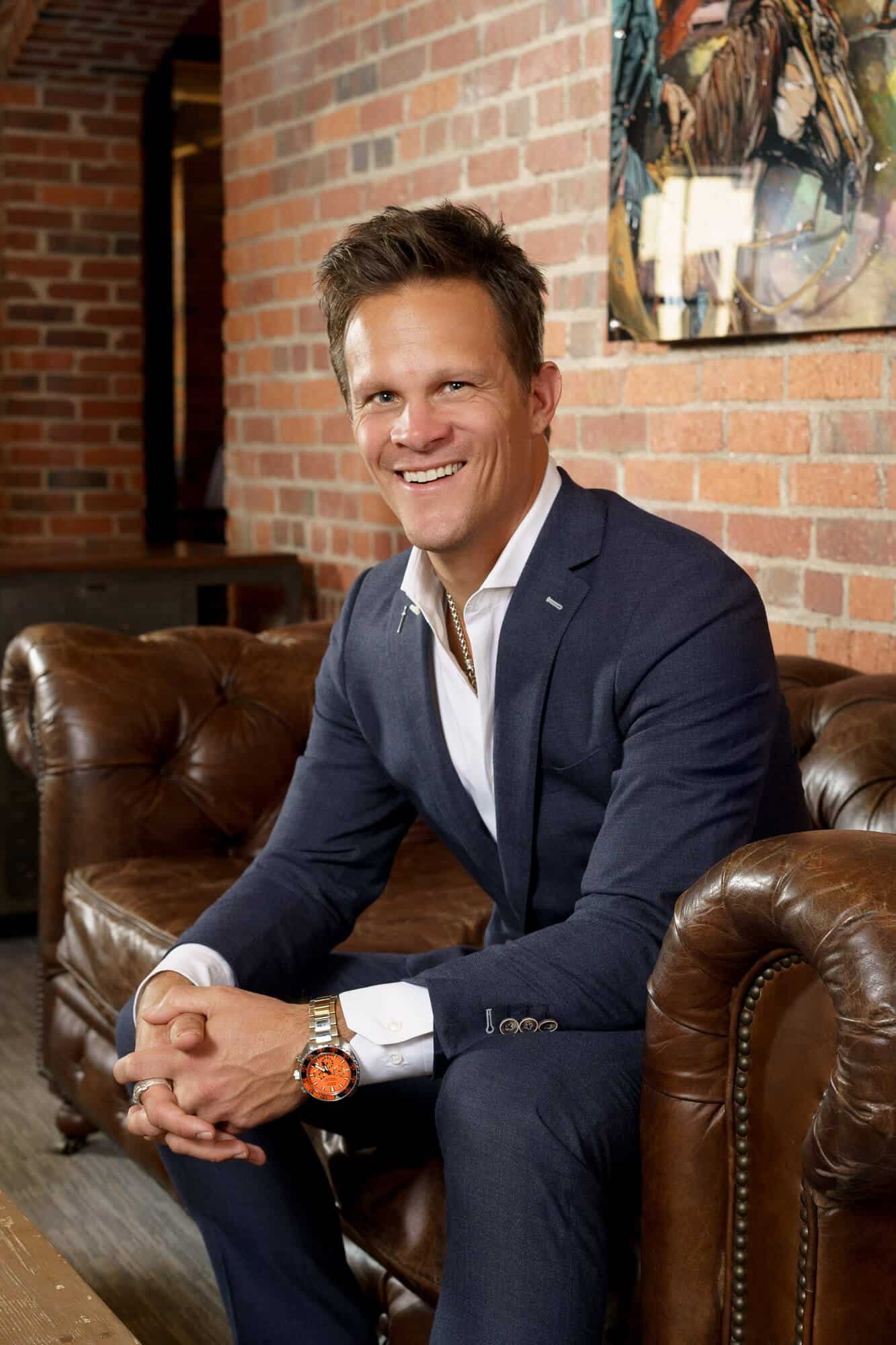 Kurt Zaner has dedicated his legal career to representing folks against the modern day Goliaths. In battling corporations that refuse to take responsibility, Kurt enjoys the challenge of standing up for people that seemingly have the odds overwhelmingly stacked against them.

A sought-after national speaker, Kurt frequently lectures on his winning trial techniques, effective legal writing strategies, and iconic discovery tactics that force top value settlements. Kurt has secured the largest premises liability verdict in the history of Colorado ($16,000.000.00) and has appeared on Good Morning America, World News Tonight, and every local media outlet including the Denver Post and local CBS, ABC, and Fox affiliates. He is a published author of Federal and State case law, including Colorado law establishing the right to punitive damages for victims of drunk drivers; he also authored legal articles on distracted driving as well as articles on ancient Roman trial methods.

As a trained stage actor, Kurt credits much of his trial success to his theatrical training in college and in Los Angeles prior to law school. .After graduating law school near the top of his class and receiving the American Bar Association’s and American Law Institute’s Best Graduate Award – awarded to the one student of the graduating class who best represents a combination of scholarship and leadership – Kurt went on to clerk for United States District Judge Ken Marra. Working side by side with a Federal Judge on one of the largest caseloads in the country, Kurt learned the art of persuasive advocacy both through legal writing and courtroom theatrics. Most importantly, he learned how cases are won from behind the bench.

Prior to co-founding Zaner Harden Law, Kurt practiced with some of the best-known trial lawyers in the country. Kurt has successfully represented hundreds of clients across the State of Colorado, trying and winning cases at every level of Colorado State Court, including several million and multi-million dollar verdicts and settlements. In 2017 him and his partner were recognized as having two of of the largest verdicts of the year across all practice ares, including a 1,700,000.00 verdict against an oil company’s distracted driver as well as a $2,500,000 verdict against a drunk driver that killed his client’s son and then fled the scene. This drunk driving verdict landed on the front page of the Denver Post as the community was fed up with these kinds of reckless drivers avoiding accountability by running away. Kurt defended this verdict all the way to the Colorado Supreme Court, In 2018, Kurt secured the largest premises liability verdict in the history of Colorado – $16,000,000.00 in Boulder for a father of three who was diagnosed with the crippling neurological condition CRPS after a temporary electrical box exploded.

No matter how big or small the case, Kurt takes great pride in helping those that entrust their most significant legal problems to his law firm.

Kurt is very active in the Trial Lawyer Community, both locally and nationally. Locally, he was recently elected to the Board of the Colorado Trial Lawyers Association (CTLA) for his fifth consecutive year and serves on several committees. Nationally, after serving as President of the New Lawyers Division for the American Association of Justice (the 5,000 member NLD division of the most pre-eminent national trial lawyer organization in the Country), Kurt now serves on the Budget Committee of the entire 20,000 member organization as well as the Board of Governors. He also acts as a certified End Distracted Driving (EndDD Program) presenter, donating his time in high school classrooms in Colorado educating the next generation of drivers on the dangers of distracted driving.

Kurt is invited to speak across the country on novel legal strategies and methods that he has developed – techniques that have resulted in unprecedented successful results for his clients. He has been a regular speaker for the American Association of Justice, having spoken in Boston, Palm Springs, Denver, Los Angeles, and Montreal on a variety of topics including trial techniques, writing strategies, and insurance bad faith. On the State level, Mr. Zaner regularly teaches for the Colorado Trial Lawyers at their state convention, statewide CLEs, and for CTLA’s new lawyer bootcamps, He has also spoken at the prestigious Arkansas Trial Lawyers College on one of his favorite topics: transplanting 2,000-year-old trial techniques from the Roman trial lawyer Cicero and demonstrating how they can be effective in today’s trials.

Kurt has been recognized by his peers for his achievements, earning the Super Lawyer designation – a recognition for the top 2.5 percent of lawyers in Colorado. He has also been named as a Top 100 Trial Lawyer in Colorado by The National Trial Lawyers, an invitation-only organization comprised of the most celebrated trial lawyers across the country. Kurt consistently maintains a 10.0 SUPERB rating with AVVO, an attorney rating system that considers a lawyer’s practice, professional achievements and industry recognition. He is also published in Who’s Who and is recognized in a variety of other national organizations as a preeminent trial lawyer. Finally, he was awarded the prestigious Top Lawyer by 5280 in 2017 and 2020, an award bestowed on only 14 personal injury lawyers in the State of Colorado and was named one Denver’s 3 best personal injury lawyers by the independent online rating company Three Best Rated.

When not practicing law, Mr. Zaner spends much of his time with his wife and two young boys, outdoors in the mountains or on the stage in a local theater production.

Alhilo v. Kleim, 413 P.3d 902 (Co. Ct. App. 2016), cert denied (Colo. June 26, 2017) – published opinion that affirmed the firm’s multi-million dollar motorcycle verdict and created helpful case law for victims of drunk drivers (allowing for prior DUIs to come in as evidence) and for those who have lost loved ones in a wrongful death case (clarifying the damage cap to afford survivors the maximum benefit).

American Association of Justice – Appointed Board of Governor on New Lawyers Division, June 2013.

American Association of Justice – Appointed Chair of the Publications Committee for the NLD quarterly national publication, the Sidebar, July 2013.

Colorado Trial Lawyers Association – Elected to serve as Board Member 2016-20.

Colorado Trial Lawyers Association – Appointed to serve on Board as Board Member 2015-16.

Actor (Len), A One Night Stand at the Vintage Theater, Don’t Throw the Cheese by Mark Ogle.

Presenter, End Distracted Driving Campaign; presents programs to high school students to warn them of the dangers of distracted driving.

Board of Director and Executive at Large, Denver Athletic Club.

Order of the Coif (Graduated Top 7%)

New Trial Lawyer of the Year for the State of Colorado, Colorado Trial Lawyers Association

Western Trial Lawyers’ Association – Featured Speaker at 2019 Summer Convention in Maui, Hawaii – CRPS, Explosions, and How to Win Your Case in a Page and a Half

American Association of Justice – Featured Speaker on Advocacy Track at National Summer Convention 2017 in Boston – “Preparing your Client to Win at Deposition”.

Arkansas Trial Lawyer College – Featured Speaker – “Opening Statements based on the Rhetoric tools of Cicero and the Greeks “.

American Association of Justice – Featured Speaker on Advocacy Track at National Winter Convention 2015 in Palm Springs – “How to Win Your Case in a Page and a Half “.

Colorado Trial Lawyers Association – Featured Speaker at Annual Summer Convention – “How to ask for large damages in light of the damage caps.”

Colorado Trial Lawyers Association – Featured Speaker at Annual Blockbuster Convention 2016 – “How to Win Your Case in a Page and a Half”.

Colorado Plaintiff’s Employment Law Annual Convention 2016 – Featured Speaker “How to Win Your Case in a Page and a Half”.

Colorado Trial Lawyers Association – Featured Speaker at Summer Convention 2015 – “How to Win Your Case in a Page and a Half”.