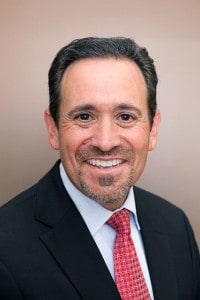 Michael L. Fell is a dedicated and passionate defense attorney with a strong background in criminal law forged during his tenure as an Orange County Senior Deputy District Attorney. While an Orange County prosecutor for over 18 years, Mr. Fell handled many high profile cases and prosecuted various criminal offenses including, but not limited to: murder, arson, gang cases, sexual offenses, and organized crime. He also served as a Supervising Prosecutor with the Orange County Juvenile Court.

During his time with the OCDA’s Office, Mr. Fell was recognized for his efforts with the prestigious Ambassador of Peace Award from the Violence Prevention Coalition of Orange County in 2003. Mr. Fell has also received accolades and awards from Mothers Against Drunk Driving (MADD), Community Services Program (CSP)/Victim Witness of Orange County and the Constitutional Rights Foundation of Orange County.

After leaving the DA’s Office, Mr. Fell spent two years as the California Senior Trial Counsel for a civil law firm where he negotiated and litigated multi-million dollar civil cases. He left the civil firm in 2009 to open his own practice–Law Office of Michael L. Fell, A Professional Corporation—where he concentrates on representing individuals accused of various criminal offenses. He is now a California Board Certified Criminal Law Specialist.

Thanks to his years working as a top prosecutor with the Orange County DA’s Office, Mr. Fell knows how cases are prosecuted by his former office and he understands the evidence needed to file charges against those being accused or arrested. Many times, he is able to speak to DAs while they are reviewing the police reports written by the arresting officer and avoid charges being filed.

Mr. Fell is well known as a passionate proponent of “creative sentencing.” Because he feels that jail is seldom the appropriate punishment for his clients, he is very proactive in negotiating with DAs in resolving his clients’ cases for dispositions other than incarceration whenever possible.

Mr. Fell has been publicly noted for his exceptional criminal defense representation in a variety of ways: He has been selected by OC Metro Magazine for the last three years as one of Orange County’s “Top Attorneys” in criminal defense and has been recognized as a “Superb Rated Attorney” with a 10.0/10.0 rating by Avvo.com, a national attorney evaluation and information website.