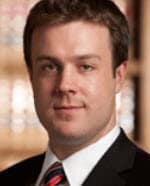 Adam Davis is an associate at Davis, Bengtson & Young. He is involved in all aspects of the firm's employment and tort law litigation. He is formally recognized as one of Northern California's Super Lawyer Rising Stars.

Before joining Davis, Bengtson & Young, Mr. Davis served as a judicial extern to the Hon. Jeremy Fogel, Judge for the United States District Court, Northern District of California. He also interned for the Hon. Socrates Manoukian, Judge for the Santa Clara County Superior Court. He helped indigent clients in the wake of Hurricane Katrina as a volunteer at New Orleans Legal Assistance (NOLAC) and has represented and advised underprivileged community members at the Katharine and George Alexander Community Law Center in San Jose.