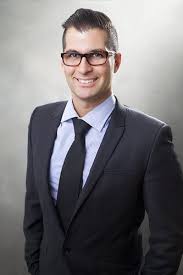 While in law school, Adrian was a judicial extern clerk for the Honorable Justice Pickering of the Nevada Supreme Court, and also for the Honorable Judge Abbi Silver of the Eighth Judicial District Court, Dept. XV in Clark County, Nevada. Adrian also worked as a law clerk in private practice while in law school, honing his skills in various areas of civil litigation such as civil RICO claims and Nevada's newest area of law: HOA foreclosure processes.

After graduating Boyd Law in 2014, Adrian began his legal career as a Judicial Law Clerk for Honorable Judge Silver in Dept. XV of the Eighth Judicial District Court of Nevada. It was during his clerkship did Adrian become more familiar with both civil and criminal matters, and the Court process for all issues. After his clerkship, Adrian went into private practice joining one of Las Vegas bigger Plaintiffs' firms working on general civil litigation, personal injury, workers' compensation, and wage/hour claims. It was during his time in private practice did Adrian discover his passion for representing injured individuals who have no one else to turn to in a time of need. As an immigrant himself, Adrian understood the distress and worries of his clients, and fought vigorously to recover for those who were injured.

In his free time, Adrian volunteers and stays active with his alma mater UCLA and Boyd Law, and has represented many clients in need pro bono on various legal issues. Adrian enjoys exercise, attending music venues, sports games, and hiking with his dog, Sadie.