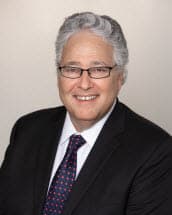 February 18, 2010 Minnesota Lawyer names Alan Milavetz as one of its Attorneys of the Year.

Alan S. Milavetz has been a trial lawyer for 25 years. His Minnesota practice includes motor vehicle, wrongful death, medical malpractice, brain injury and spinal injury cases. A graduate of William Mitchell College of Law, Mr. Milavetz is also a certified rule 114 arbitrator and a civil law mediator. He is licensed to practice law in all Minnesota State and Federal Courts and is a member of the Minnesota and American Association for Justice. Mr. Milavetz is a member of the Million Dollar Advocates Forum, a group of plaintiffs' lawyers who have achieved million dollar verdicts, awards, or settlements.

Mr. Milavetz is strongly committed to helping those in need, professionally and personally. Mr. Milavetz is an active community member. He is a leadership award recipient and serves as a director on numerous boards. He has participated in overseas humanitarian missions in the former Soviet Union and Israel and is an avid genealogist. Mr. Milavetz and his wife have four children.

Mr. Milavetz has resolved thousands of claims arising out of wrongful death, automobile accidents, brain injuries, personal injury and medical malpractice. Milavetz, Gallop & Milavetz, P.A. is also proud to announce that Alan S. Milavetz has again been named as one of Minnesota's Superlawyers. A Superlawyer is an individual who has been voted as one of Minnesota's top 5% of attorneys by other attorneys. In 2008, Mr. Milavetz was selected as a 'Top 100 Trial Lawyers' by The American Trial Lawyers Association. In 2007, Mr. Milavetz was selected as a Top 40 Personal Injury Attorney by Minnesota Law & Politics. Alan Milavetz is rated AV by the respected, nationwide Martindale-Hubbell Law Directory. The ratings are developed by obtaining confidential opinions from lawyer adversaries and judges before whom the lawyer has appeared. Ability rating categories are A, B, C, and no rating. An 'A' rating is the 'very high to preeminent' category, the highest rating possible. It signifies that the lawyer has reached the heights of professional excellence, recognized for the highest levels of skill and integrity. The 'V' rating is the highest for adherence to ethical standards, reliability, and diligence.

Honors and Awards: The American Trial Lawyers Association is a national organization composed of the Top 100 Trial Lawyers from each state. Membership is obtained through special invitation and is extended only to those attorneys who exemplify superior qualifications, leadership, reputation, influence, stature, and profile as trial lawyers, both civil plaintiff and criminal defense., Top 100 Trial Lawyers, The American Trial Lawyers Association, 2009, Dec/Jan 2009 Article naming Haag case as one of the Lawsuits of the Year., Lawsuits of the Year, Last Call For Sidelines, Mn Law & Politics, 2008, The 2007 Minnesota's 'Top 40 Personal Injury Lawyer' survey was published in the June/July edition of Minnesota Law & Politics Magazine. Over 18,000 ballots were sent to randomly selected attorneys across Minnesota. Minnesota attorneys were asked to name peers that they considered to be outstanding lawyers in the field of personal injury law., Top 40 Plaintiff Personal Injury Attorneys, Minnesota Law & Politics , 2007, Lawdragon has...asked the nation's best lawyers and their clients whom they'd trust with their own legal matters. The Lawdragon 3000 Leading Plaintiffs' Lawyers in America are the result of that quest., The LawDragon 3000 Leading Plaintiffs' Lawyers in America, The Lawdragon 3000, 2006, Multiple Appearances., Top Personal Injury Recoveries, Minnesota Law & Politics, Established in 1993, the Million Dollar Advocates Forum (which includes the Multi-Million Dollar Advocates Forum) is the most prestigious group of trial lawyers in the United States. Membership is limited to attorneys who have won million and multi-million dollar verdicts and settlements. There are over 3000 members throughout the country (with several members in Canada and England.) Fewer than 1% of U.S. lawyers are members., Million Dollar Advocates Forum, Dr. David Tennenbaum Leadership Award , Dr David Tennenbaum Leadership Award, UJFC, St Paul, Mn L & P list of the state's top plaintiffs' P.I. lawyers. 2000., Minnesota's Top Personal-Injury Lawyers, Mn Law & Politics, Dec/Jan 2009 Article naming Milavetz Gallop & Milavetz v United States as one of the Lawsuits of the Year, Milavetz Gallop & Milavetz challenge of the Bankruptcy Abuse Prevention and Consumer Protection Act of 2005. 'Attorneys in Minnesota may soon be able to speak freely with clients facing bankruptcy, thanks to Alan Milavetz and Chad Schulze.', Lawsuits of the Year, Gagged and Bound, Mn Law & Politics