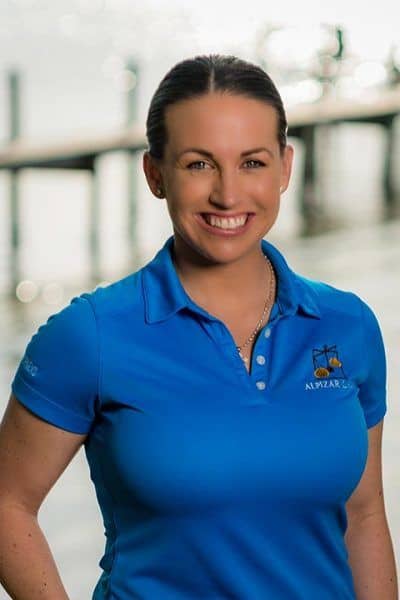 Alexa is a Brevard County native born to Dr. Frank and Christine Filiberto. Alexa attended Bayside High School, where she spent all four years as a varsity student-athlete. While at Bayside, Alexa was awarded the Wendy’s High School Heisman award and graduated with honors in 2008.

After high school, Alexa received an academic scholarship to attend the University of Tampa and graduated with a Bachelor’s Degree in Sports Management in 2012.

Alexa’s competitive nature and desire to help people led her to pursue a law degree. During her time in law school, Alexa interned with The Honorable David E. Silverman in Brevard County, and also participated in the prosecution clinic for Alachua County.

In 2015, Alexa was admitted to the Florida Bar and was appointed Assistant State Attorney by Bernie McCabe, State Attorney for the Sixth Judicial Circuit in Pinellas County. Because of her strong work ethic, confidence and success in the courtroom, Alexa was quickly promoted from the misdemeanor division to the felony division at one of the busiest state attorney’s offices in the State of Florida.

She spent three years advocating for victims of crimes and has handled thousands of cases, ranging from DUIs to attempted first-degree murder. In addition, Alexa has tried over 35 jury trials to verdict and has completed numerous motions and appeals.

During her tenure at the state attorney’s office, Alexa developed her passion as a trial attorney and found an even deeper passion for helping those who have been wronged.

Alexa’s experiences both inside and outside the courtroom have molded her into the confident attorney she is today. Growing up, Alexa spent her summers working in her father’s medical office, where she witnessed firsthand those who were struggling with medical issues and injuries.

This experience, coupled with her extensive trial success, has allowed Alexa to appreciate the need for helping accident victims who have been wronged, through no fault of their own, obtain justice.