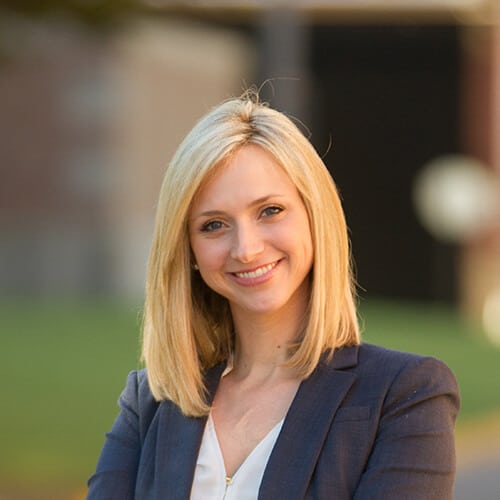 Since joining Beasley Allen in November 2010 as an attorney in the Consumer Fraud Section, Alison â€œAliâ€� Hawthorne has focused her practice primarily on complex litigation on a national level. Most recently, she has been involved in several different litigations in multiple states that seek to recover money on behalf of the states that paid for pharmaceutical products and devices as a result of fraudulent and deceptive acts against the states. Additionally, Ali is involved in class action litigation involving consumer fraud in the health care and cosmetics industries along with qui tam litigation under the False Claims Act.

Ali began her career at Beasley Allen working on the Average Wholesale Price (AWP) and McKesson litigations, which sought to recover millions of dollars lost by state Medicaid agencies as a result of fraudulent price reporting by the nationâ€™s largest drug manufacturers. Since the beginning of the AWP and McKesson litigations, Beasley Allen has recovered more than a billion dollars for the states it represents and has made a tremendous positive impact on state agencies throughout the country.

Most recently, Ali worked with the Kentucky Attorney Generalâ€™s office and helped secure a $10.3 million settlement in its case against Fresenius Medical Care Holdings Inc., a Massachusetts-based dialysis company for Medicaid fraud.

Ali received an AV Preeminent Rating from Martindale-Hubbell. She was selected as the Beasley Allen Lawyer of the Year for the Fraud Section in 2014 and 2015 and was named to the Midsouth Super Lawyers â€œRising Starsâ€� lists (2016-2019). Ali was also selected for the Alabama State Bar Leadership Forum Class 13 (2017-2018).

Prior to becoming an attorney at Beasley Allen, Ali worked as a law clerk in the firmâ€™s Consumer Fraud Section for more than two years, assisting attorneys in complex consumer and securities fraud litigation. Ali was named Principal in January 2016.

Ali received her B.S. in business administration from Auburn University in 2007, and her Juris Doctor degree from Faulkner Universityâ€™s Thomas Goode Jones School of Law in 2010. While in law school, Ali was a senior editor of the Faulkner Law Review, an appointed member of the Faulkner Law Board of Advocates, a Knabe Scholar for all three years, and graduated on the Deanâ€™s List. Ali was also a member of her law schoolâ€™s trial team. In 2009, Ali was recognized as one of the nationâ€™s finest oral advocates, receiving the award for Best Opening Statement in a national trial tournament. Additionally, Aliâ€™s team finished as national finalists in the 2009 Lone Star Classic National Trial Tournament.

Ali is originally from Kennesaw, Georgia, where she worked for several Atlanta attorneys before moving to Montgomery, Alabama, to start her law school career. She is a member of the Junior League of Montgomery and Les Dames. Ali is a past Charter Member and Treasurer of the Pike Road Lions Club, previously served as a volunteer trial coach for Catholic Prep School and as a YMCA Judicial Trial Team and is a past member of the Young Professionals Advisory Board for Hope Inspired Ministries in Montgomery. She is married to Raymond James Hawthorne Jr., an attorney in private practice in Montgomery. They have two sons, Jack and Barnes Hawthorne, and they are members of First United Methodist Church, located in downtown Montgomery.