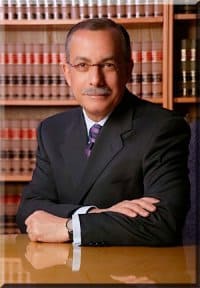 Andy graduated from Case Western Reserve University Law School in Cleveland, Ohio in 1978. After law school, Andy was an associate at a personal injury law firm in Rockville, Maryland. Andy opened his own law office in 1982. In 1985, Andy and Roger Greenberg founded Greenberg & Bederman LLC, which is dedicated to protecting the rights of victims and consumers.

Andy was President of the Maryland Association for Justice (MAJ) from 1998 to 1999. He has served on the MAJ Board of Governors and has chaired many MAJ committees. He also served on the MAJ Political Action Committee for over fifteen (15) years.

Andy is a member of American Association for Justice (AAJ) and currently serves as Chairman of the Board of Trustees of the AAJ Political Action Committee. Andy is also a member of the following AAJ Litigation Groups: DePuy ASR Hips, Orthopedic Implants, Testosterone, Xarelto, Lipitor, Dialysis Drugs and Talcum Powder.

Andy has lectured on automobile accident cases and attorney marketing issues. He has appeared numerous times on local television and radio news broadcasts and he has been interviewed by many local newspapers. These news stories have concerned, among other things, Yaz/Yasmin/Ocella birth control cases, DePuy ASR hip implant recall cases, toning shoe cases, drunk driving fatalities and his efforts to hold bar and restaurant owners civilly liable for injuries caused by patrons who are served too much alcohol at a bar and restaurant and then permitted to drive.

Andy has frequently testified before the Maryland legislature regarding proposed legislation to help personal injury victims and consumers throughout the State of Maryland.

Andy has been recognized as a Maryland Super Lawyer and as one of the Top Lawyers in Maryland by Baltimore Magazine. He has also been given an AV rating by Martindale Hubble®, the highest available rating for legal ability and ethical standards.

Andy is married and has two children. He is an exercise enthusiast who also enjoys skiing, travel and film.