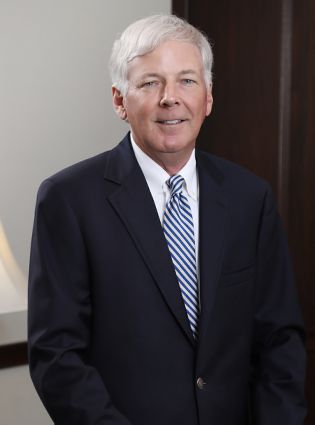 Athens personal injury attorney Drew Hill is committed to helping his clients fight for the justice and recovery they deserve after someone else's negligence leaves them facing serious, long-lasting injuries. While his practice focuses on many different types of personal injury cases, including medical negligence and products liability, Drew also handles complex mass torts and truck accident cases. Over the course of his years in practice, he has successfully fought for and won multimillion dollar settlements and jury verdicts on behalf of his clients. He has worked tirelessly to hold hospitals and doctors, trucking companies and motor vehicle operators, nursing homes, medical device manufacturers, property owners, and other different parties accountable when their negligence has caused harm.

In the early years of his legal practice, Drew worked on the defense side of personal injury and wrongful death cases. He defended major insurance companies, hospitals, doctors, and product manufacturers before ultimately deciding to transition his practice to one of plaintiffs' representation. Now, at Blasingame, Burch, Garrard & Ashley, P.C., Drew represents injured victims and the family members and loved ones of people who were killed by another person or entity's negligence. His background in defense allows him a greater understanding of how insurance companies, manufacturers, corporations, and other defendants operate in these types of cases. Drew uses this knowledge in order to craft strong cases on behalf of his clients.

Drew's commitment to excellence has earned him numerous awards and recognition. In 2007, he was elected a Fellow in the American College of Trial Lawyers, a membership that is limited to no more than the top 1% of trial attorneys from each state. He has also been recognized annually by the Best Lawyers in America, as well as the Top Lawyers in Georgia. Drew is a member of the National Trial Lawyers Top 100 Trial Lawyers and has been selected for many years for inclusion in the Super Lawyers list. He has received the highest peer rating possible, an AV Rating by Martindale-Hubbell, based on his commitment to high legal and ethical standards. Additionally, he is a Fellow in the Lawyers Foundation of Georgia and is past president of the Western Circuit Bar Association.

Drew and his wife, Lyn, have been married since 1974. Together, they have two grown children?a son, Andrew (wife Laura), who is a radiologist and a daughter, Liles (husband Charlie Thompson), who is a business owner in Atlanta?and four grandchildren, Judson, Harrison, Charles, and Evie. In his free time, Drew enjoys being with his children and grandchildren, and golfing with his friends.