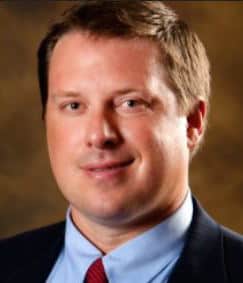 Benjamin Gray grew up in Northeast Missouri, on a farm in Schuyler County near Lancaster. Ben graduated from Truman State University and of the University of Missouri School of Law, in Columbia.

Ben started his career as a lawyer in public service as an assistant prosecuting attorney in Cape Girardeau County, Missouri. Later, he prosecuted felony drug distribution cases for three counties in Missouri's Bootheel, as part a government grant program. During his first three years practicing law, Ben prosecuted over 15 jury trials, most of which were serious felonies or DWI cases.

In the fall of 2006, Ben joined the attorneys at the law firm of Rice, Spaeth, Summers and Heisserer, LC in Cape Girardeau. There, he helped clients successfully navigate their way through all types of legal matters, from traffic tickets, to federal criminal charges, to complex divorce, to automobile accidents and medical malpractice, to workers' compensation, to business, corporate and real estate litigation, to appellate work in the Missouri Court of Appeals and the Missouri Supreme Court.

In November 2009, after six years practicing law in Southeast Missouri, Ben Gray returned home to Northeast Missouri and started his own law practice in Kirksville. Ben has been proudly serving c