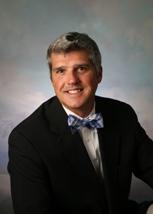 Becoming a trial lawyer was inevitable for Bennett J. Schiller, III. He was born in Savannah, Georgia in 1968 the son of Bennett and Marie Schiller. Never having much in the material sense but having parents who put others first, taught Mr. Schiller to have compassion for others. When his family moved to Columbia, South Carolina for his father to attend Columbia Bible College times got even tougher. His dad went to school by day and worked in the cotton mill at night. This impressed upon Mr. Schiller at an early age that nothing replaces hard work and preparation.

YMCA of Beaufort, Board of Directors

After graduating from Lexington High School as the Senior Class President, Mr. Schiller earned a full four-year Citadel Scholars Scholarship for academics to The Citadel. While there, Mr. Schiller excelled both in the classroom and in public service to his school and community. He served as the President of Alpha Phi Omega, a national service fraternity. He also was President of the College Republicans. Mr. Schiller earned many awards including Presidents List, Dean’s List, National Merit Scholars, and National Beta Club awards. He was a member of The Citadel Inn of Court and a member of The 1990 Summerall Guards. He earned a BA in Political Science in 1990 from The Citadel.

Before attending law school, Mr. Schiller worked as an office services assistant at McNair Law Firm in Columbia, South Carolina. That is where he met his wife, Karoline Higgins Schiller. Today, they have four beautiful, healthy children. During his time in law school at the University of South Carolina School of Law, Mr. Schiller worked for a successful personal injury firm Lee, Eadon, Isgett and Popwell. It is there that Mr. Schiller developed a passion for serving injured families. While in law school Mr. Schiller served his fellow students and the student Senator to the University of South Carolina’s Student Senate. He also was the President of Phi Delta Phi, The Federalist Society and the Law Republicans. Mr. Schiller enjoyed volunteering at many local charities and organizations including the Oliver Gospel Mission and Harvest Hope Food Bank.

TAKING PRIDE IN SERVING HIS COMMUNITY

After graduating from USC School of Law in 1994, Mr. Schiller went to work for a local personal injury firm in Rock Hill, South Carolina. He quickly realized the need to be on his own and co-founded the firm Atwater, Schiller and Reeves. During this time Mr. Schiller grew his practice to include Lancaster, Chester, York and Columbia, SC. Mr. Schiller was elected to serve the 16th Circuit as the Circuit Representative on the Young Lawyers Division of the South Carolina Bar Association. Continuing his public service, Mr. Schiller served on the Board of Directors for the Upper Palmetto YMCA. He and his wife have served on committee for Young Life of York County. Mr. Schiller is also a recent past President of his Home Owners Association.

Recently Mr. Schiller moved his family to Beaufort to get back to his roots. He opened the Beaufort Office in November of 2011 and has grown steadily. He jumped right into serving the community. He is currently on the Board of Directors for the YMCA of Beaufort. He is a member of the Leadership Beaufort Class of 2014. Mr. Schiller currently represents many locals and looks forward to many years of service to the Low Country.